Conservative MP confused about his own decision on New Boundaries 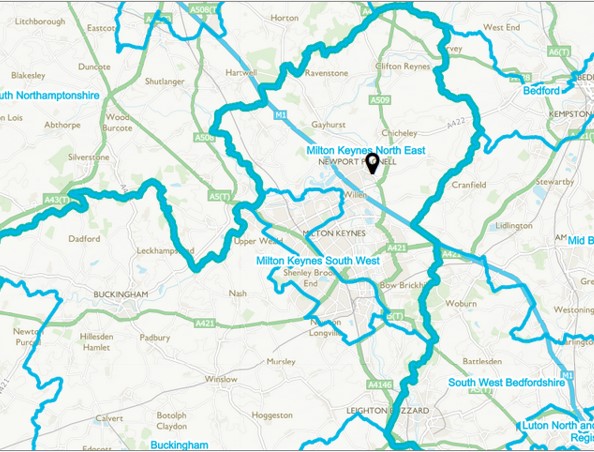 Labour Councillors are asking why Conservative MP is complaining about his own decision after a letter criticising the boundary commission’s proposals for new parliamentary constituencies was delivered to residents in the Tattenhoe ward.

Conservative MPs, including Iain Stewart the MP for Milton Keynes South have voted for a review of parliamentary boundaries to reduce the number of MPs to 501 in England and equalise the number of voters in each constituency. The rules they set mean that two wards from Milton Keynes must be transferred to Buckingham constituency if the review is implemented. The Boundary Commission, an impartial public body, is now developing proposals that will meet this objective as instructed by the Conservative government.

The commission’s first proposal was revised after a public consultation and the revised proposal is that Tattenhoe and Stony Stratford wards are the ones that move into Buckingham for purposes of electing an MP.

Mr Stewart has now sent a letter, which also promotes his Conservative party councillors for Tattenhoe claiming he opposes the boundary proposals, even though it was him and his party colleagues who have made it happen in the first place.

Parish Cllr Anthony Brown said: “I could not believe it when a concerned local resident showed me the letter in which Iain Stewart MP complains about the boundary review which he voted for in parliament. It’s hard to know if this is just the height of hypocrisy or whether Mr Stewart has forgotten what he voted for. I don’t know which would be worse“

Community Campaigner Jenny Marklew, who lives in Stony Startford ward added: “Iain Stewart and the MK Conservatives have given up on Stony Stratford. Their party are on record as supporting our area being moved into Buckingham constituency, yet he is now using his position as MP to claim he wants another part of his current constituency in MK. It’s a double insult to the people of Stony Stratford“

The Labour Party has opposed the proposals to reduce the number of MPs and have consistently said so both nationally and locally.

Chair of MK Labour Party Paul Day added: “We oppose the reduction in the number of constituencies. We want to see 3 MPs for Milton Keynes as this city is growing, however while the Conservatives had a majority in parliament they could force through this review and divide Milton Keynes.“

“Since the general election things have changed and we are hopeful that the whole review will be stopped by the Labour Party in Westminster. In any case, this letter from Iain Stewart is bizarre and sadly typical of a Conservative MP denying responsibility for his own actions. We have been asked if it was paid for with tax payers’ funds, I think that’s a question Mr Stewart also needs to answer.“