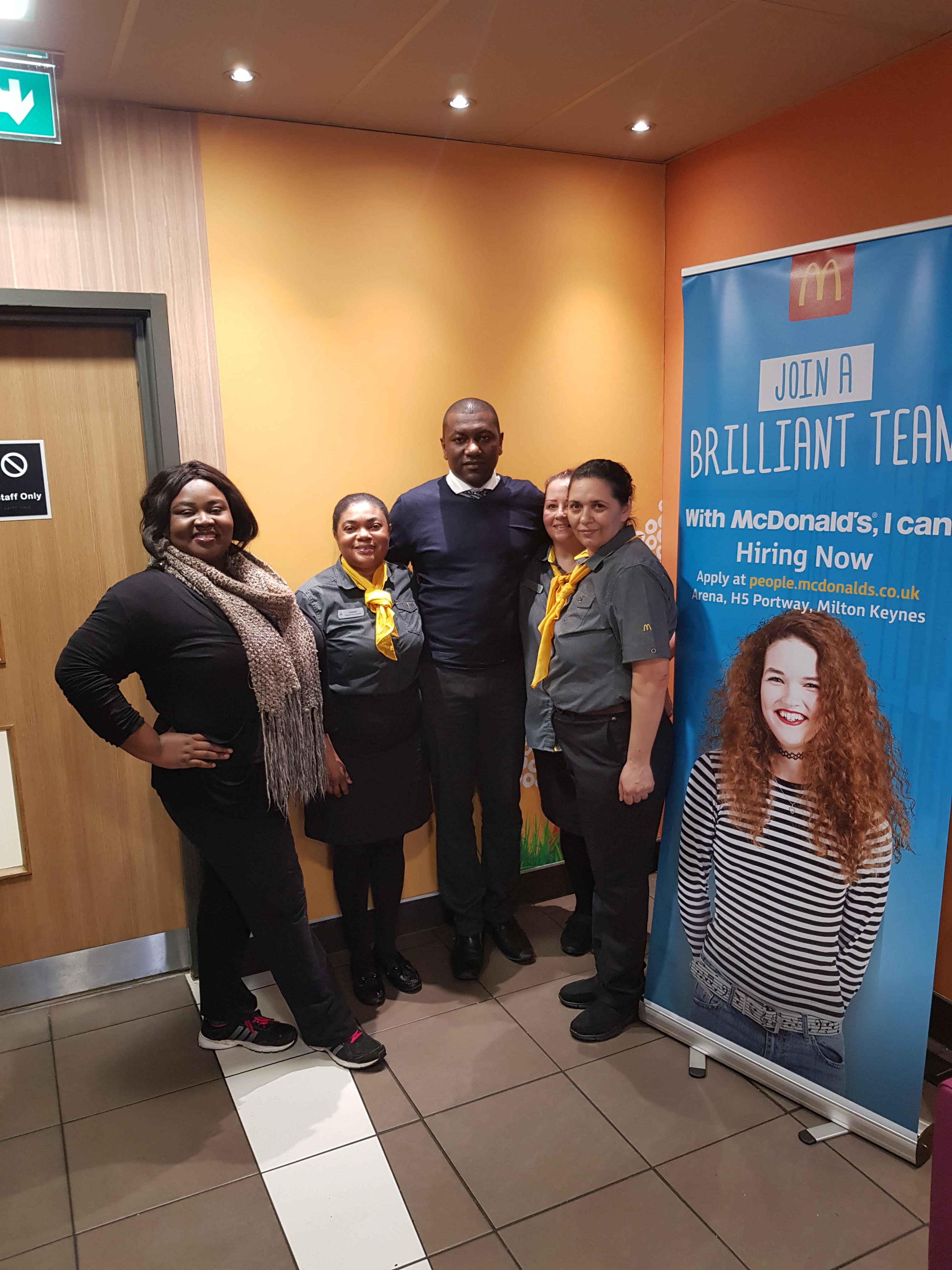 Community campaigner Moriah Priestley and CMK Councillors Pauline Wallis and Paul Williams started an initiative to clean up their community after they received complaints about rubbish piling up in their neighbourhood.

Moriah along with residents from Oldbrook and councillors, gained the support of well known local business and community organisations to mount a litter pick.

Moriah Priestley said, “I was pleased to support residents working to clean up their neighbourhood. It was great to get local business and community organisations involved in the litter pick.”

This view was supported by Business Manager for McDonalds CMK, Ammat Jallow who said this was “A worthwhile cause.”

Moriah Priestley added, “This was echoed by local Pastor James Fokkens from the Milton Keynes Christian Centre in Oldbrook . They are going to be coordinating over 20 different local impact teams, some of  whom will be joining operation deep clean CMK by being part of a CMK wide litter picking Rota – which will cover Oldbrook, CMK, Conniburrow, Bradwell Common.”

This initiative begins on 28th of April 2018 and will be implemented across Oldbrook, Conniburrow, Bradwell Common and Central Milton Keynes

Moriah Priestley concluded, “I am pleased to be supporting this initiative. Residents tell me of the need for improved cleaning locally. I think this voluntary action to pick up the litter deserves widespread support.