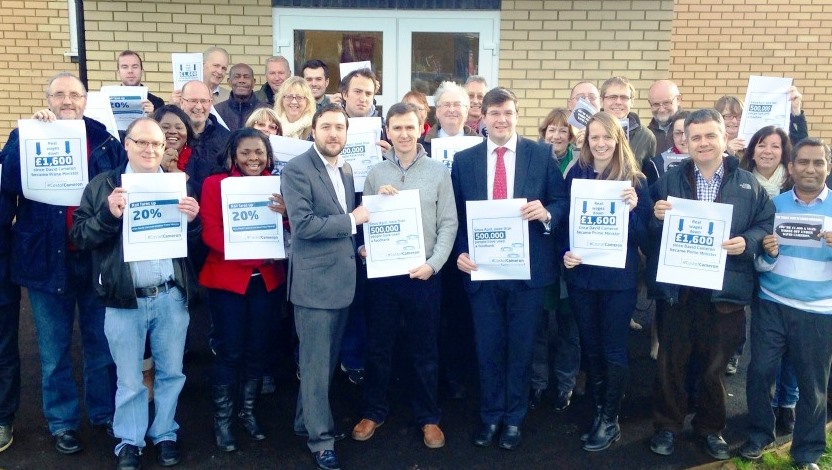 With no single party able to form a majority on the council, the annual budget has become a tense time, with the 2011meeting taking until 3am. Last month the minority Conservative administration published their budget and City Labour leaders have now responded with their proposed changes. It comes at a time when the Council is facing an 8% cut in the funding it gets from the Government.

Top of their wish list is funding for public transport, with a £150,000 investment in a community transport scheme that can reach all parts of the borough and be available to all users. Current Tory proposals see a reduction in the transport budget of £200,000, which comes on top of last year’s cuts to bus services.

Labour have also put forward plans to spend extra on repairing older City estate roads and pavements, originally built by the MK Development Corporation, and which are now in such a poor state of despair that they fall under the standard required for MK Council adoption. Labour has proposed an additional £1.5million be spent over the next ten years on repairs to these highways with an extra £75,000 spent in the coming year.

That proposal would free around £150,000 from the housing budget, which Labour will be pushing to spend on regeneration, while they also propose reversing a cut to Community Mobilisers, invest more in Community Safety and provide £25,000 more to Parish and Town Councils.

Cllr Peter Marland, Leader of MK Labour said: “We would not be able to allow the budget as proposed by the Conservatives as it currently stands to pass. We support a freeze in Council Tax as it is an acknowledgment that the rise in the cost of living is hurting people however the Tory budget makes cuts to public transport and Parish Councils which we simply cannot accept. It is also totally wrong to be asking those that pay the Council rent to pay to fix roads we all use or cutting the front line Community Mobiliser service before a major regeneration scheme starts. It does not make sense.

“Our proposals seek to provide a balance between ensuring we support those vital public services but facing the reality of an 8% budget cut forced on MKC by the Coalition Government. We want to see investment in public transport, fix some of the highways in the worst condition, not penalise Parish Councils and push regeneration through housing improvement and community involvement.

“We are quite prepared to be responsible and talk to the administration about our ideas. We want to avoid silly party political games, do what is best for all the people in MK and move forward in really difficult times combining principles with common sense.”