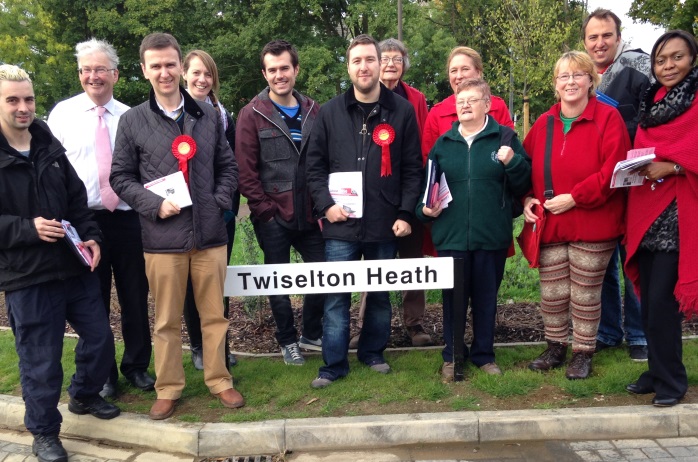 A claim by residents that Coffee Hall is being neglected has been taken up by local councillors who support residents’ fears of neglect and disinterest by a remote City Council.

Residents contacted Cllr Steve Coventry about the neglect of parking areas outside their homes. Cllr Coventry inspected the areas and said,  “No wonder residents are upset many parking areas and footpaths have clearly not been cleaned in ages and this needs to be done.”

Cllr Coventry has raised the neglect with Council officers and added,  “On walking around the estate it is very bad all over. The parking spaces are never cleaned and the same with the footpaths except with a litter pick occasionally. I have no idea what is in the contract but it needs to be reviewed.”

Cllr Coventry has backed residents views that quality of cleaning on the estate has deteriorated almost certainly due to changes in the cleansing contract aimed at reducing costs. But in doing so, Milton Keynes Council have simply led to corners being cut and standards allowed to drop.

Cllr Coventry continued, “The Cleaners a few years ago would come along with their small automated cleaner and would clean the parking areas and around the trees and would go along the footpaths, it wasn’t perfect but it kept the mess down. Now all we get is an occasional litter pick and the large road sweeping machine doing the main highway but nothing else. Most of the parking areas are covered in leafs and tree debris and the footpaths are no better.”

Cllr Coventry is demanding 4 actions from the Council:

1.      An immediate clean up blitz or deep clean by the Councils contractors.

2.      A review of the cleansing contract and how it affects Coffee Hall.

3.      Consideration of the funding of locally based estate cleansing staff.

4.      Consultation with residents on ways to improve cleansing locally.

Cllr Coventry concluded, “Milton Keynes Council is a remote body for most residents. Coffee Hall residents pay Council Tax and so should get a good cleansing service. It is time for the neglect of Coffee Hall too end. The Council must show it cares about all parts of Milton Keynes not just the villages and posh areas.”