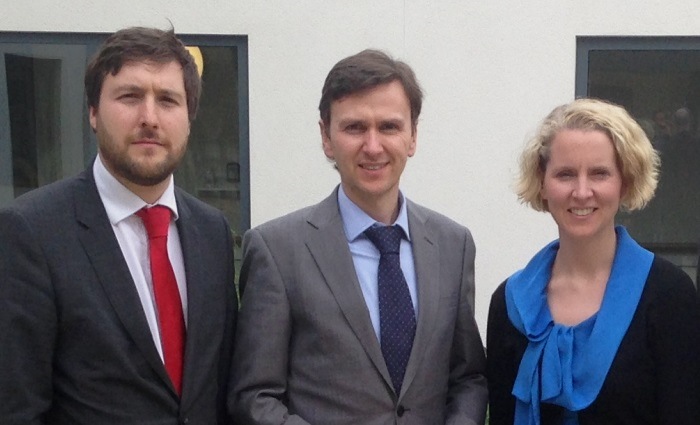 Shadow Housing Minister, Emma Reynolds MP, was in Milton Keynes on Friday to discuss Labour’s plans to help people who are renting their home.

The visit came a day after Labour announced new plans to introduce longer-term tenancies in the private rented sector. Housing is a big issue in the city with the level of affordable homes being built falling since 2010.

Over 17,000 residents in the borough now rent from a private landlord, part of nine million people living in rented homes today. According to the latest census figures 17 per cent of households in the borough are now privately rented, up from just 8 per cent in 2001.

One of the biggest causes of the cost of living crisis in our country is the price of renting or buying a home. Labour has pledged to provide greater transparency and security for tenants, including a ban on letting agents’ fees for tenants, saving renters on average £350 in costs, and legislating to make three year tenancies the standard in the British private rented sector to give people who rent the certainty they need.

Locally, Labour has made affordable housing and more diverse provision, such as Flowers House, a priority if they win the council later this month.

Milton Keynes Council has been hit by a series of bad news on affordable housing over the last year:

Speaking after her visit, Emma Reynolds MP, Shadow Housing Minister, commented: “I was really pleased to accept the invitation to visit Milton Keynes to see some of the housing challenges facing the city for myself.  Despite houses being built in Milton Keynes there is a shortage of affordable homes. The level of affordable homes being built has fallen since David Cameron became a Prime Minister, something even local Conservative councillors have recognised in the city.

“Milton Keynes should be leading the way in building more affordable homes for families to buy or rent, instead the city is falling behind leaving many people stuck as part of generation rent.  That is why a Labour government would work with the council to ensure more affordable homes are built and to provide longer term tenancies and security for renters in the private sector.”

Andrew added: “Families who are renting in Milton Keynes are often worried about the prospect that their rent could jump up by a big amount from one year to the next. They want to be able to settle down, put down roots and have peace of mind.

“There has been a massive growth in families renting from private landlords over the decade. With rising prices and rent levels many young people are becoming trapped as part of Generation Rent, unable to save for a deposit and with a secure tenancy for the long-term.”