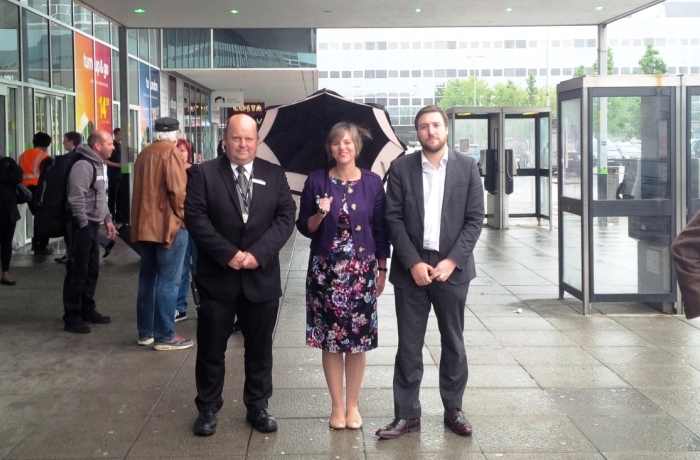 The Shadow Minister met with Councillor Peter Marland, Leader of the Labour Group on Milton Keynes Council, and London Midland to discuss more about the city’s priorities for public transport. The meeting was one of Cllr Marland’s first engagements since emerging as leader of the largest group on MK Council and an opportunity to lobby the Labour opposition about the city’s bid for the High Speed 2 engineering college and transport needs in the city.

Lilian Greenwood MP is spending the week exploring the regional rail network on a rover ticket. During the week she is meeting campaign groups, local authorities and train operators -; as well as seeing parts of the rail network that would benefit from improved services, including Milton Keynes. On Wednesday, she travelled on the East West rail route, and after leaving Milton Keynes visited Bletchley and Bedford.