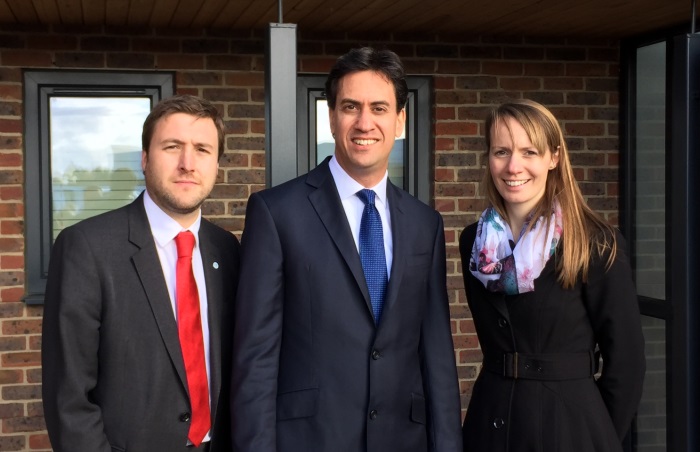 The funding shortfall grows by another £145m to over £210m if what MK Council terms as “necessary” infrastructure is counted, which the council says is required to deliver its core strategy and mitigate the impact to growth on local communities. These are schemes that while not essential for delivering basic levels of infrastructure, are needed to develop services and communities sustainably. Some of the biggest shortfalls in funding are around highways, health, public realm and community facilities.

Cllr Marland highlighted the need to attract significantly more investment into funding infrastructure and said he will call on whoever wins the next election to sit down with MK Leaders and secure funding for the growth of MK in order for the City to continue as the UK’s economic success story.

Current projections show MK needs to build at least 26,000 houses between 2015 and 2026 to meet demand and Cllr Marland is worried that without investment in the infrastructure needed to do this, MK will struggle to expand as rapidly as is required in the way that has made MK successful.

Cllr Marland also outlined areas where the Labour administration has prioritised funding to deliver infrastructure improvements, including regenerating Bletchley station and seeking to provide a good local school place for every child in MK.

Cllr Peter Marland, Leader of MK Council said: “Our Local Investment Plan shows we have a significant shortfall in the funding we need to deliver growth. Over £70m just for delivering the basics and over £200m for what we really need.”

“We need to make sure we don’t just have the bare minimum, but have the infrastructure investment in highways, health and communities facilities to deliver sustainable growth that benefits everyone in the City. If we are to deliver the homes we need, especially affordable homes for families and older people, we need the funding for the services and infrastructure that goes with them. The people of MK have always welcomed growth because it has been done right and funded well, the current Government has put that at risk by not providing the funding we require to continue our success.”

He concluded; “I can only hope that after two failed City Deal bids to Central Government, whoever wins the General Election in May will listen and have serious discussions about enabling a proper funding system for growth in our City. Milton Keynes is a housing and growth success story, they are putting that at risk.”