Budget lets down MK on jobs, pay and growth 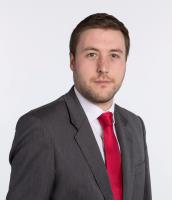 MK Labour council leader Pete Marland has said that the budget announced today has let Milton Keynes down on jobs, pay and growth.

Reacting to the first budget since the General Election he has said that the changes will leave working people and families worse off while damaging public services.

Official figures show working families will be worse off due to changes to child tax credits, with even the Chancellors own internal Treasury figures showing that an estimated 40,000 more children will end up in poverty. Even with changes to the minimum wage, independent figures from respected think tank the Smith Institute show a working couple will be £1000 a year worse off next year and still £200 a year worse off by the introduction the “National Living Wage” in 2020. Cllr Marland highlighted that changes to working tax credit will hit those on low pay, with around 30% of jobs in MK being low paid, he said thousands of workers in MK would lose out.

Cllr Marland also said that with those tax credit changes and other tax rises, the budget would hit even those who were modestly well off, meaning most people earning between £25,000 and £32,000 will be up to £1500 a year worse off.

Turning to public services Cllr Marland said there would be more tough times to come for local government after the Chancellor highlighted more cuts are on the way for MK Council as central government funding continues to reduce. He also stated he believed the Chancellor offered nothing to Milton Keynes in terms of devolution or infrastructure funding.

“It fails to tackle the rise in low paid jobs in the City that has occurred over the last five years and will push more families and children into poverty. It fails to reward work as it will cut the wages of those who are on low pay, with the money lost not made up by a pale imitation of a real Living Wage.”

“It also fails those who are modestly well off, as even those who earn up to £32,000 will be hit hard. All of this is before changes to things like road tax changes come in, that will see those who drive a small efficient car charged just the same as a big gas guzzler, a hidden hit on the motorist.”

“This budget is a missed opportunity to give Milton Keynes the devolution and control over services we need to meet the challenges of growth. The Chancellor talks a good game, but for places like Milton Keynes there was nothing from the Tories other than the promise of more huge cuts to our council budget. As we continue to grow, the Tories continue to fail to invest in our growth.”

“The budget lets Milton Keynes down. Working people will earn less, families will be worse off and services will suffer. It is the cost of a Tory Government on MK, it’s a budget that fails our City.”