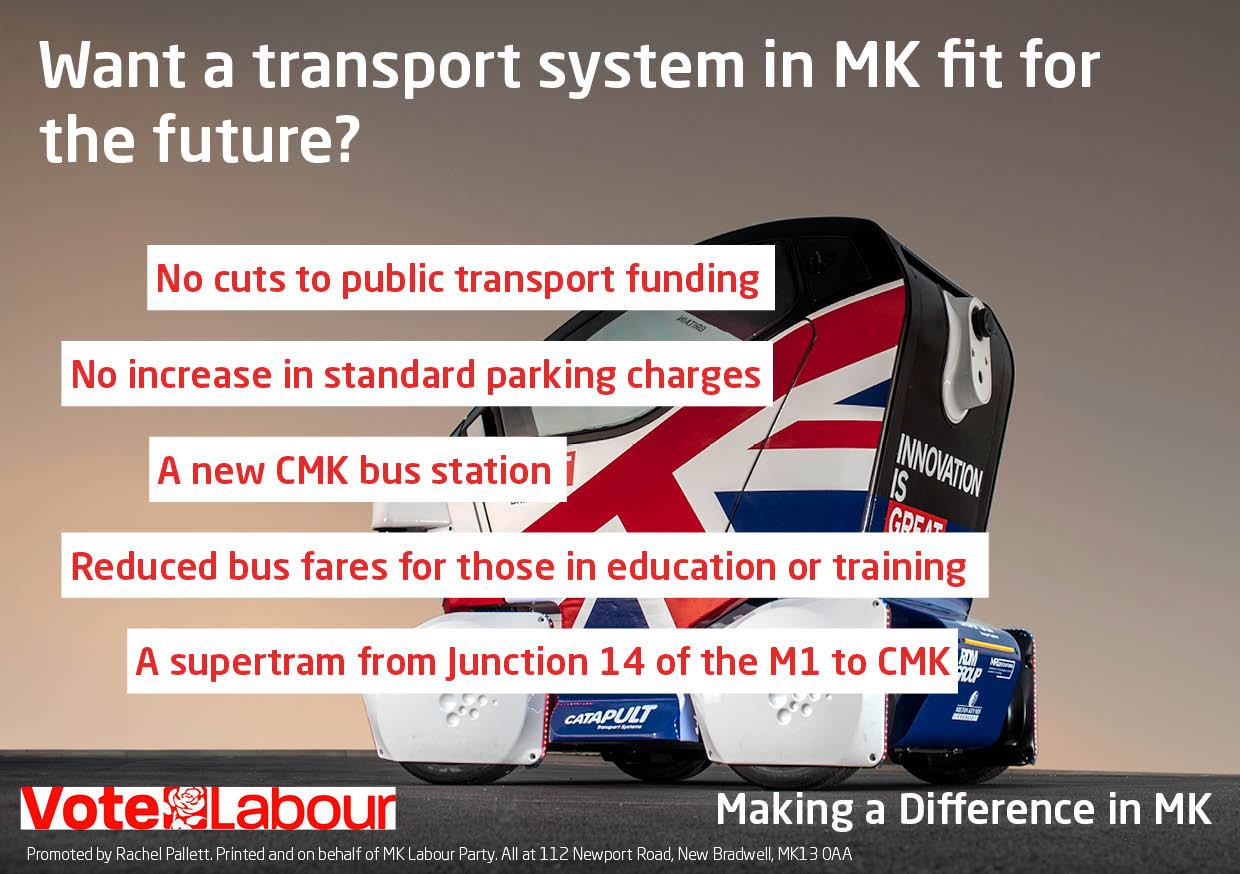 A transport system fit for the future.

MK Labour have kicked off their local election campaign for May by today launching their Transport Manifesto.

Called “A transport system fit for the future,” Labour want to create an affordable transport system for all, whether you own a car, bike or take the bus. It is a comprehensive plan to tackle the issues around transport, and ensure that Milton Keynes remaining a City of opportunity with a growing economy.

MK Labour Party are promising no future cuts to public transport subsidies, a freeze on standard rate parking for at least two years and a new bus station for CMK.

The ambitious manifesto also says that if development is proposed near Junction 14 of the M1 then Milton Keynes could be in line for a new “super tram” to bring people into the City Centre.

Students and those in training will also get a boost as there is a promise to reduced fare scheme to include people in education or training.

“MK Labour has a bold and clear Transport Manifesto that puts an affordable transport system for all, whether you own a car, bike or take the bus.”

“MK faces significant challenges in the area of transport. Our population increase, the changing nature of our City Centre and our successful economy mean that our roads are rapidly reaching capacity and parking in the City Centre is becoming more of an issue. We understand these issues and believe that in order to tackle them we need to do more than simply build more spaces. We will do that, but it is only part of the solution.”

“We want to ensure a transport system fit for the future that is fair to everyone. We don’t just have a single gimmick as a policy, we have a real plan to tackle the issues. We will not cut public transport, not put up standard rate charges for two years and invest in some really innovative public transport schemes. This is a transport manifesto that will really make a difference to MK and will get support in the Local Elections in May.”