Dangerous Play Area to get makeover 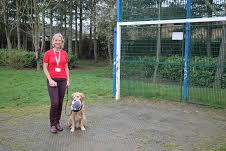 A popular play area on Great Holm badly needs a makeover! And Cllr Zoe Nolan has come up with a solution and the money to deliver it.

The extremely popular play area, used by many local children for football is the only sports area within Great Holm. However, the play area has seen erosion around the goal mouth. Making it dangerous for the next generation of MK Dons players.  The area was previously laid with “Matta” interlocked tiles.

But over many years the tiles have experienced a lot of wear and erosion and have become uneven and in some sections this has created trip hazards. Milton Keynes Council have patched this up several times over recent years. However it is now felt a more long term solution is needed.

Hard working local councillor Zoe Nolan, known for her campaigning for local residents, has become involved. She has with council officers considered several options including removal of the tiles and reseeding, the use of new grass mats, laying bonded mulch or laying artificial sand filled grass.

Cllr Zoe Nolan continues the story “It was felt the first two options would not be long term solutions and we could find ourselves in the same position again in the next few years. It is considered that the laying of artificial grass is the most suitable and most durable solution. However it is the most expensive, but proven value for money in other parts of MK.”

She continued “We have negotiated with our contractor in relation to this work and by using some stock left over from another project he has agreed to undertake this work at a discounted rate, but this still equates to circa. £6k.”

The price includes all work and materials and work should be carried out during April. Cllr Nolan has agreed to use her ward budget to contribute £1000 to the cost of the scheme.

She concluded, “The proposed upgrading of the play area is very important locally. I am pleased I can help deliver a makeover, that will then benefit the young footballers of the future. The next Dele Alli from MK Dons may benefit from it.” 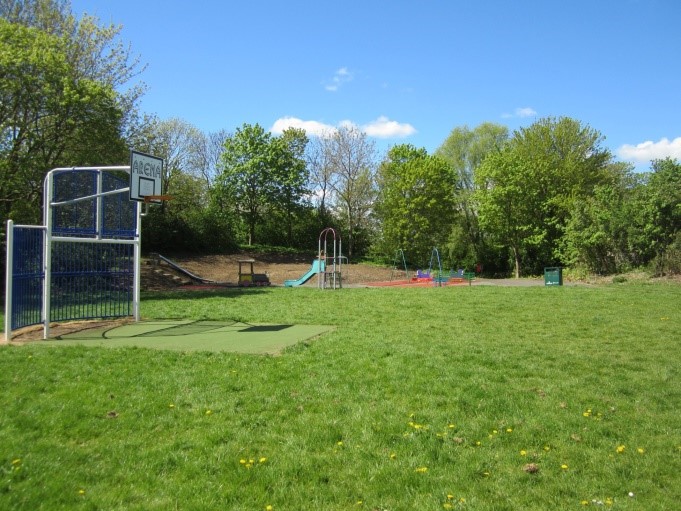 (Based on Hilliard Drive, Bradwell, makeover after two years use)