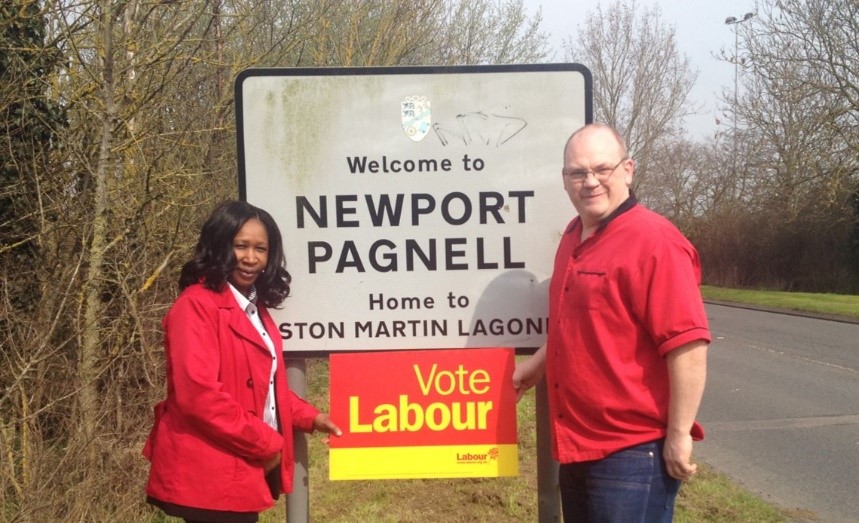 The 2016 elections in Newport Pagnell have already seen Labour party councillors elected for the first time in over a generation. Paul Day and Binta Bah-Pokawa two local residents who are members of Newport Pagnell Labour Party have been successful in their bid to be elected onto the Town Council and will commence their Councillor duties in May 2016.

Paul Day, who recently welcomed Labour leader Jeremy Corbyn MP to Milton Keynes in his role as Chair of Milton Keynes Labour party, said “Having Labour Councillors in Newport Pagnell may be a surprise to some people, but our party extends to every part of the MK. There are no “no-go” areas for us. There is a fresh energy and determination in the local Labour Party and with many more members and supporters you can expect us to be active across Milton Keynes”

Binta Bah-Pokawa, who is also a diversity officer for Milton Keynes Labour Party added “We will listen to and act for ALL residents of the town, but I think it is fantastic that the many Labour supporters in Newport Pagnell, who vote for us at every election year in and year out now have Labour Party Councillors with whom they can speak and who they know will take action“

Paul Day concluded: “We will always put the community of Newport Pagnell first and will of course work positively and effectively with the other Councillors which ever party they represent or support, or if they are truly politically independent“