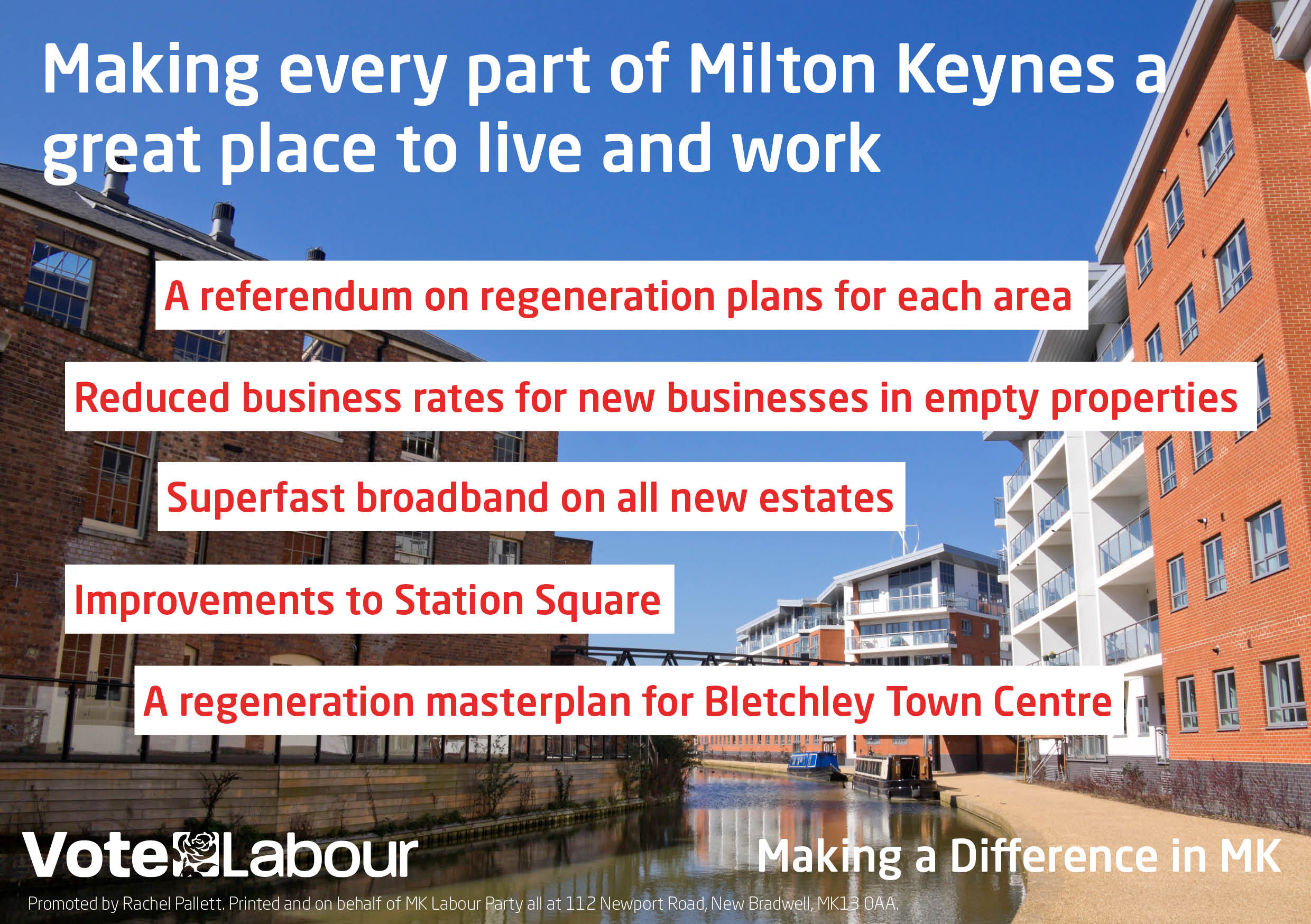 MK Labour have said that if they win the local elections in May that they will offer a referendum to residents on individual estates before any work starts. Leader of MK Council, Pete Marland, has confirmed Labour’s offer following a growth of inaccurate rumours and scare stories.

The Labour-led MK Council recently created Your:MK, a partnership with Mears Group, that will work with communities to develop regeneration plans for seven local estates, including North Bradville, Fullers Slade, Coffee Hall, Beanhill, Netherfield, Tinkers Bridge and the Lakes Estate in Bletchley. The regeneration plans are estimated to be worth nearly £400m over the next 15 or 20 years.

However many residents have expressed concern at what this might mean for individual estates and that they would be forced into leaving their homes or accepting plans they do not want.

In their local election manifesto, published some weeks ago, MK Labour promised residents that if Labour wins in May, they will get the final say on each estate with a referendum before any work starts.

“MK Labour have always said that regeneration needs to be community led and that people of the estates we are talking about need to be involved in plans for their area. We said it and we meant it.”

“Speaking to residents what has become apparent is that they want to be involved in what happens to their areas. There are many rumours and scare stories about what could happen, especially on issues such as possible demolition, density and green spaces. I can reassure people that we are currently in the very early stages and there are no plans for any estates yet. They will be developed with local residents as we move forward with regeneration.”

“I am therefore pleased that MK Labour can now offer a “double lock” on regeneration. Residents will not only be guaranteed to be involved in developing any plans for their estates but that before any work is decided there will be a referendum on any plans for every estate. That way we can ensure people are in control of their own futures.

A Labour win in the local elections will ensure this happens.”