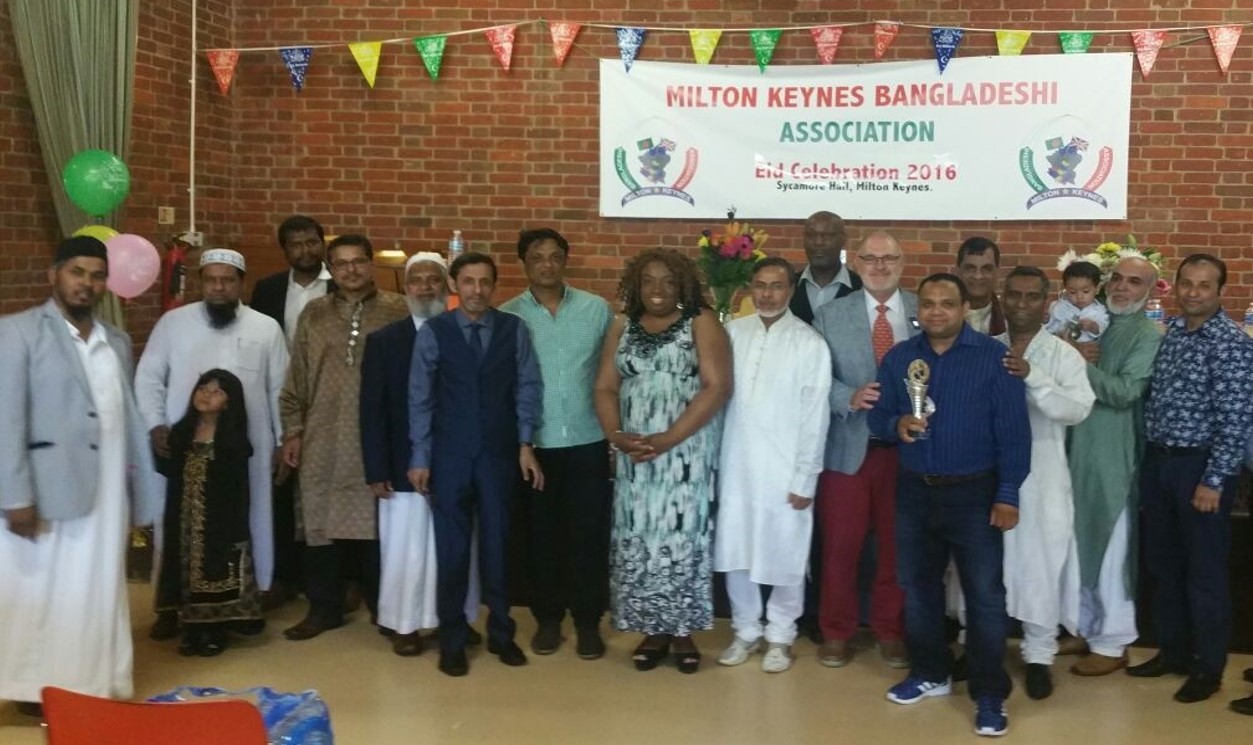 Local representatives of the main political parties, including MK Labour Party, were among those celebrating Eid on Sunday 17 July only days after Milton Keynes Council voted unanimously to reject hate crime and racism.

MK Labour party welcomes and works with people of all faiths and those of no faith too.  On this occasion the city’s Muslim community met to celebrate “Eid” which marks the end of the religious festival known as Ramadan.

Cllr Khan said “The Eid event was a great success and highlights how the city values all its residents. Coming together with faith groups reinforces the desire of all parties in the new city to create an inclusive new city and supports our commitment to challenge hate crime.”

The event was organised by the Milton Keynes Bangladeshi Association.  The chair of which is Mr Abdul Hai.  Held at Sycamore Hall, Bletchley it was attended by a large number of local residents and guests including those mentioned above.