Labour says “No” to school segregation

Milton Keynes Council voted to oppose the creation of 12 Secondary modern schools in Milton Keynes at a Council meeting on the 14 September 2016. Now Council Leader Peter Marland has given his support to the national Labour Party campaign, to be launched across the Country next Saturday, to oppose the segregation of children at age 11.

He added, “Milton Keynes needs a modern workforce that will help it become a modern city built on new industries and cutting edge technology. Dividing school children up, creating winners and losers at age 11 misses the point of what a modern city needs to be successful. Namely a highly skilled workforce.“

Cllr Marland continued ” We will not let Theresa May get away with segregating children by creating a city of Secondary Moderns. Labour is united against her plans to provide a privileged education for the few, and a second-class education for the rest.

He added, “Over the coming months we will work with all people of goodwill right across the new city to stop this Tory segregation in its tracks.“

Cllr Marland concluded, “The Governments plans for segregation will undermine the new city’s future and the need to grow the local economy. We need all schools to be great schools. We need all those in school to do well and contribute to the success of Milton Keynes and share in that success. There can be no going back to the segregation of the 1950s.“

Labour will be out across Milton Keynes next Saturday with leaflets and petitions. The local party will also operate an on line petition. 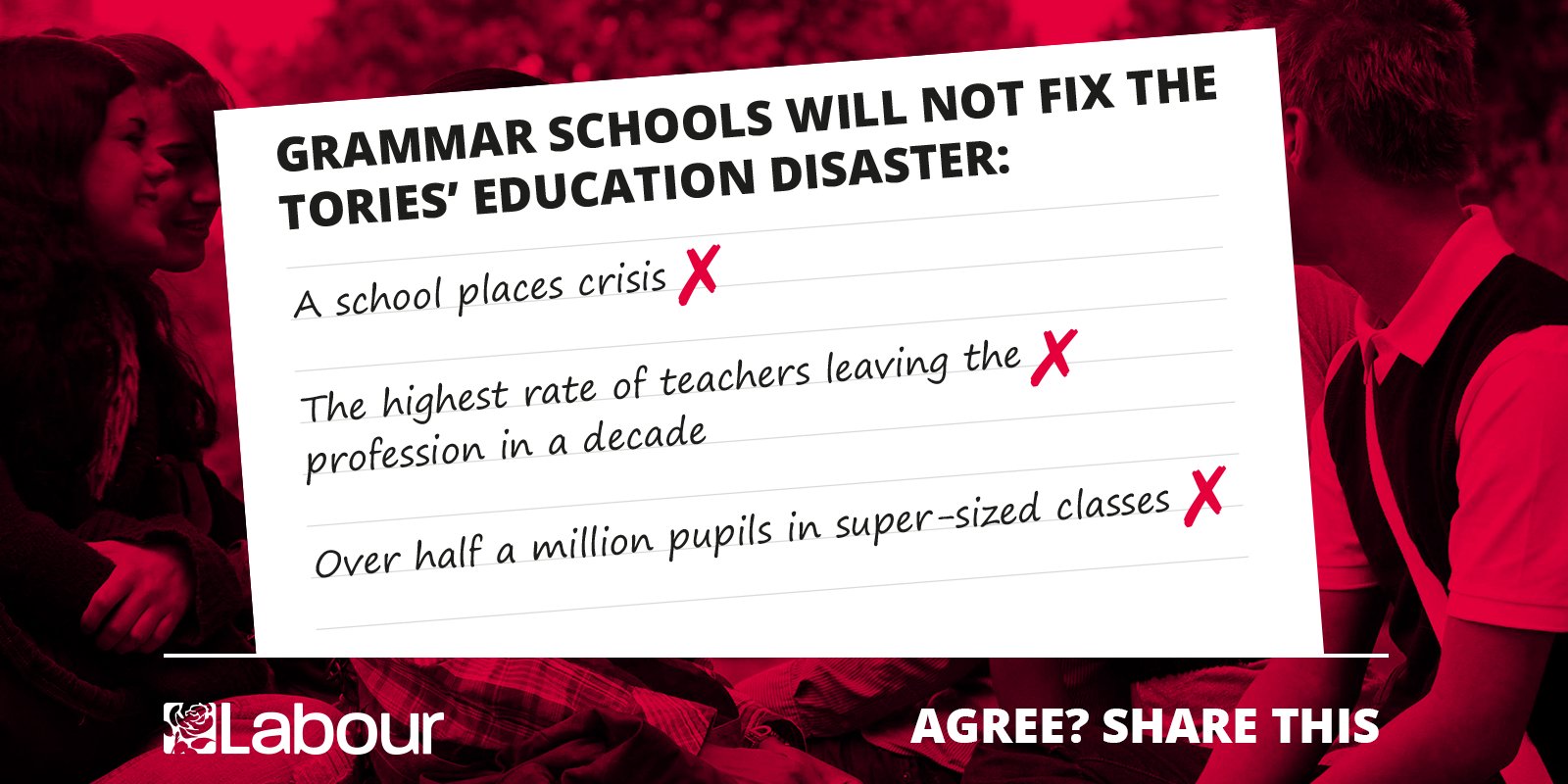