85% of Sheltered Housing residents give thumbs up to secure financial future. 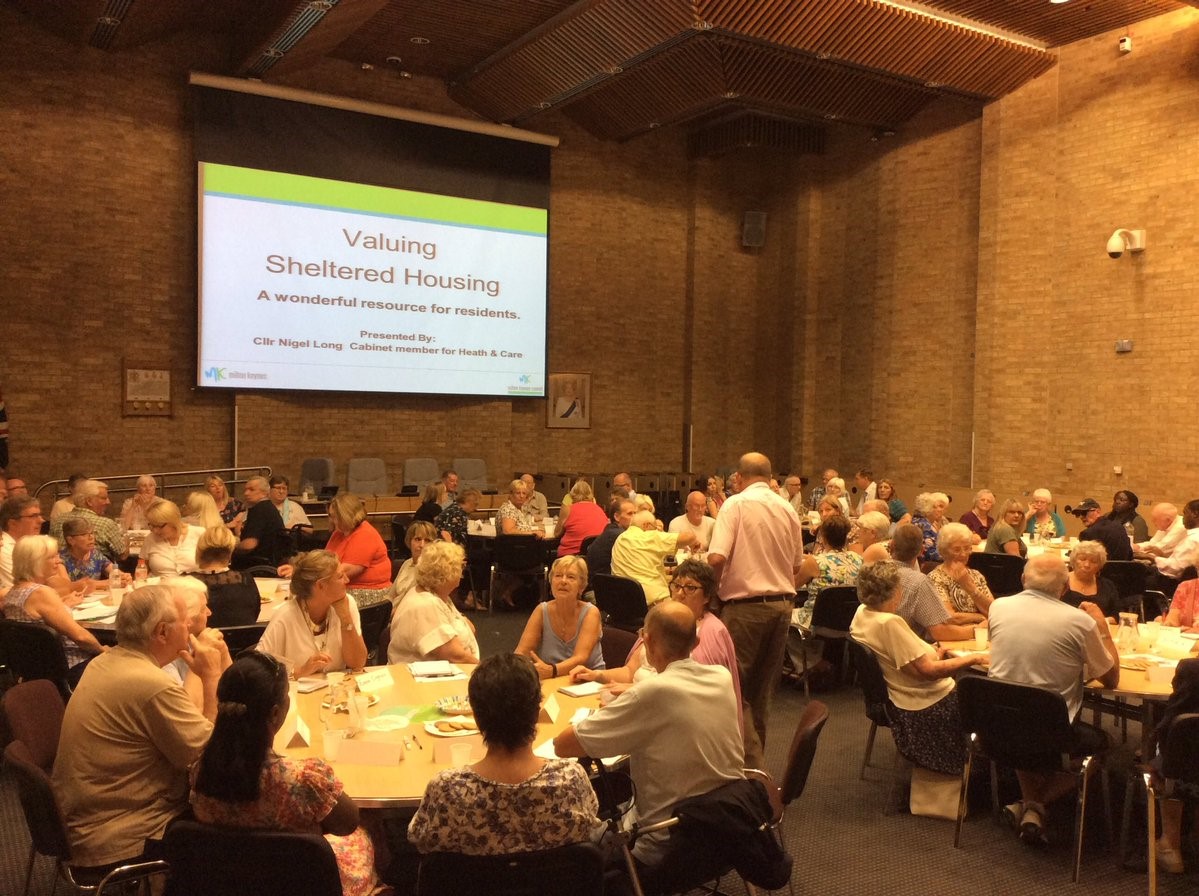 Following an extensive consultation with the tenants of 35 sheltered housing schemes in Milton Keynes, 85% of residents have given a big thumbs up to a secure financial future. This will ensure the long term future of sheltered housing and the continued provision of a high quality wardens service. Nearly two thirds of residents will be better or no worse off.

Cllr Nigel Long, Cabinet member for  Adult Social Care and Housing said, “We started extensive consultation with residents last August and made the case to fundamentally change how sheltered housing was to be funded. The end result is a big thumbs up to the proposals.”

Council Leader Pete Marland added, “This is a big vote of confidence in a well run and  highly regarded service. It shows the Council listening and planning ahead for the long term future of a valued service. We are able to do this despite severe funding pressures on older peoples services as a result of Government funding cuts. We have lost £170 million since 2010 and so we have had  to find a way to protect valued services like sheltered housing. We aim to protect them from the harsh cuts made by the Conservative government”

The consultation covered a range of service charges, utility charges and addressed the fact that some residents had not previously contributed towards the cost of services. The review of the service also led to an extra £185,000 being paid towards the service this year from the Housing Account to reflect services provided.

The impact of the change in charging will see 484 tenants better off, nearly 200 saving over £5.00 per week. A further 92 will see no change.  139 tenants will pay more. This reflects the fact that previously some people did not pay for services like gas, electricity or cleaning. That was widely seen as unfair.

Cllr Long concluded, “As a result of the thumbs up for a secure future, we can modernise sheltered housing, guarantee the wardens service and ensure that sheltered housing remains a key part of our community focused support for the ageing population. I want to thank residents for embracing a new approach.”

The formal decision to modernise the charging for services will be made by Cllr Nigel Long on the 10 January. He will highlight the results of the consultation at Cabinet on the 3 January.