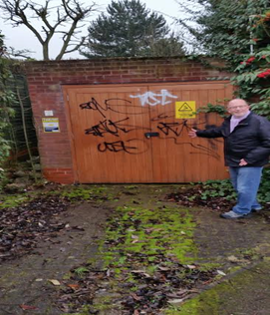 Local residents are still waiting for a private company to remove graffiti over 18 months since their local councillor raised the issue.

In August 2015 Cllr Nigel Long raised a problem of graffiti in South Furzton. The bus stop shelter at the junction of Blackmoor Gate and Fulmer Street and a problem on a nearby electrical substation were highlighted. 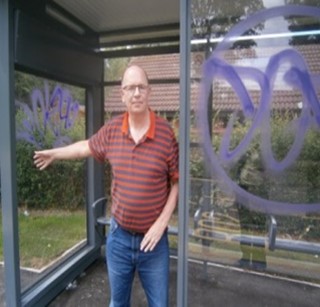 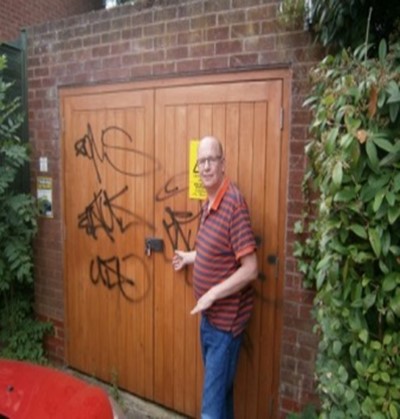 Photos of Bus Stop and Substation in 2015

Milton Keynes Council very quickly cleaned the new bus stop and it has remained free of graffiti ever since.

However 18 months on the Electrical substation is still covered in graffiti:

Cllr Nigel Long said, “The fundamental problem is that the substation is one of 185,000 substations operated by a Bristol based company called Western Power Distribution. It operates across South Wales, the South West and the East and West Midlands.  It in turn is owned by an American based company called Pennsylvania Power and Light. I am pretty sure that the bosses in Pennsylvania are not worried that their subsidiary has not removed graffiti on its substation in South Furzton. But local residents are.”

Cllr Long believes the remoteness of the substation operator means that local people cannot get a good local response to problems like the graffiti.

Cllr Long added, “I will write to the company and I will also suggest that day to day maintenance of sub stations should be passed to the local authority. They could then provide a local point of contact and charge the sub station operator to clean up graffiti. Leaving it for 18 months is just not fair.”

The original story reported on this blog in October 2015 is here: http://www.mklabour.org.uk/lets_catch_graffiti_nuisance