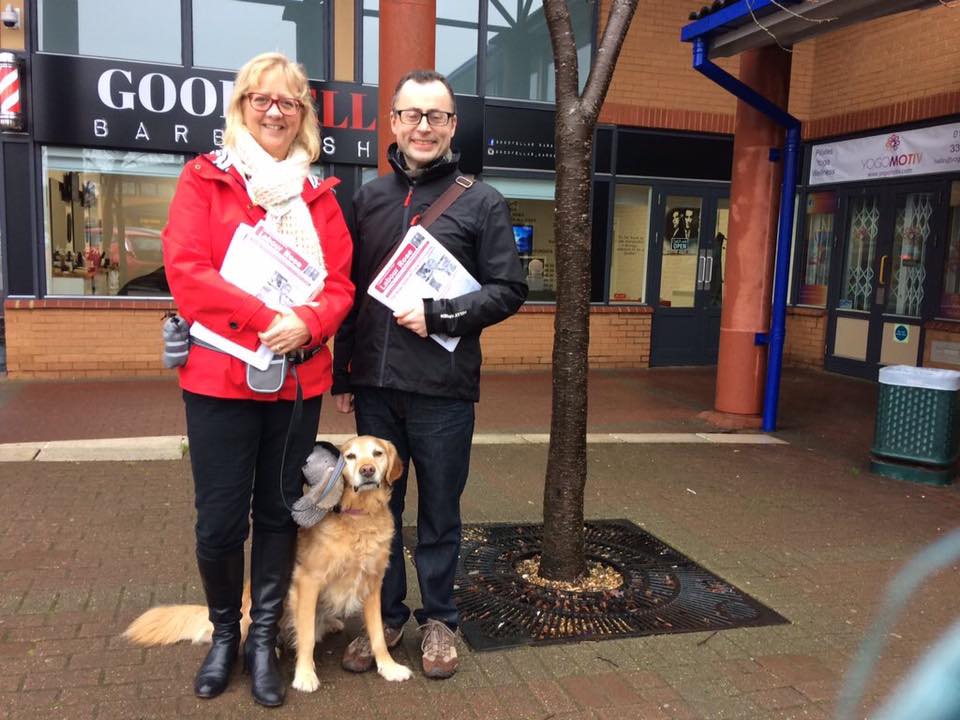 The shopping centre at Shenley Church End had been looking rundown and not cared for. Residents and businesses were concerned. It needed action.  Following discussions with both residents and the businesses local Labour councillors Zoe Nolan and Matt Clifton became involved.

Firstly they approached the owners of the shops. The Parks Trust is the landlord but they had passed the day to day running to property agents. It was clear the agents had taken their eye off the ball and had failed to maintain the shops to a high standard.

Cllr Nolan said, “We meet residents here every month at the shopping centre in order to understand their views about their local area and how they want it to develop. It is well used and people depend on the services there. It became clear action was needed.”

The next step was Cllrs Zoe Nolan and Matt Clifton brought together the Parks Trust, a key Milton Keynes Council partner and Shenley Church End parish council and some businesses to talk about how to address the problems. Since then the Parks Trust has undertaken a range of actions:

 It has now taken over direct management of the local centre.

 They are deep cleaning the area

 Painting and refurbishing the shop fronts has been done

However as the two Councillors are highly active in the area they wanted to do more. They have now arranged to do a monthly surgery at Shenley Church End centre instead of holding it at the parish office.

Cllr Matt Clifton said, “This means that on the first Saturday of every month from 10 am to 11 am we meet and talk to residents at the shopping centre. We would also like to get the businesses together in a group to meet regularly with the Parks Trust as the landlord. It would be good if they too had more of an input into how the centre develops.”

Other local changes to improve the centre are:

 The Post Office has now moved from the pharmacy to Bargain Booze. This helped save a local Post Office.

 There is a new Gym, Anytime Fitness.

 There is a new Pizza delivery company, Firezza who won an award for ‘Best Pizza Deliver in London’ in 2010.

A new café is opening soon next to the popular pharmacy.

Phoenix Hair and body has a new salon director.

Cllr Nolan concluded, “As local councillors Matt and I want to improve our community. Through working closely with residents, businesses and the Parks Trust we have started to deliver a ‘makeover’ for this valued shopping centre.”

Let us know your views.