Local Trade Union branches in Milton Keynes have announced details for the event to mark International Workers’ Memorial Day 2017 and it is to be held at the MK Rose, in Campbell Park on Sunday 23 April

Milton Keynes Labour party will be proud to once again participate in a local event to mark the day, known as #IWMD17, and  fully support the purpose of this important annual event: “Mourn for the dead, Fight for the living“.

Around the world, one worker dies every 15 seconds according to the United Nations Agency, the International Labour Organisation (ILO). That’s two million people who die as a result of work-related accidents and diseases every year, more than the number killed in wars.   That is a shocking statistic, but it’s not the only one that should worry you. Repetitive strain injury, back pain, bullying, road accidents and workplace violence affect thousands of workers in the UK, and their families. But most of these are preventable.  The international Trade Union movement organise this global event to stop more people dying at, or from, their work.

As in previous years, this important event will have contributions from the Mayor of Milton Keynes as this is a civic memorial event and the Leader of MK Council.  The Council has local responsibility for many services that could impact on workplace safety such as environmental health, roads and building control.  This year both the Mayor and Leader are Labour Councillors, Steve Coventry and Pete Marland respectively. 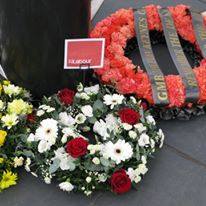 The MK Rose in Campbell Park includes a plinth especially for the International Workers’ Memorial day and as last year and various organisations including the Labour Party lay a wreath.

Please join us on SUNDAY 23 APRIL to remember those people who have died in work-related incidents or illnesses and show your support for the campaigns to prevent further deaths. We’ll be gathering at the John Lewis car park at 11:30am and making the short walk to the MK Rose for a commemorative event at 12:00 noon. 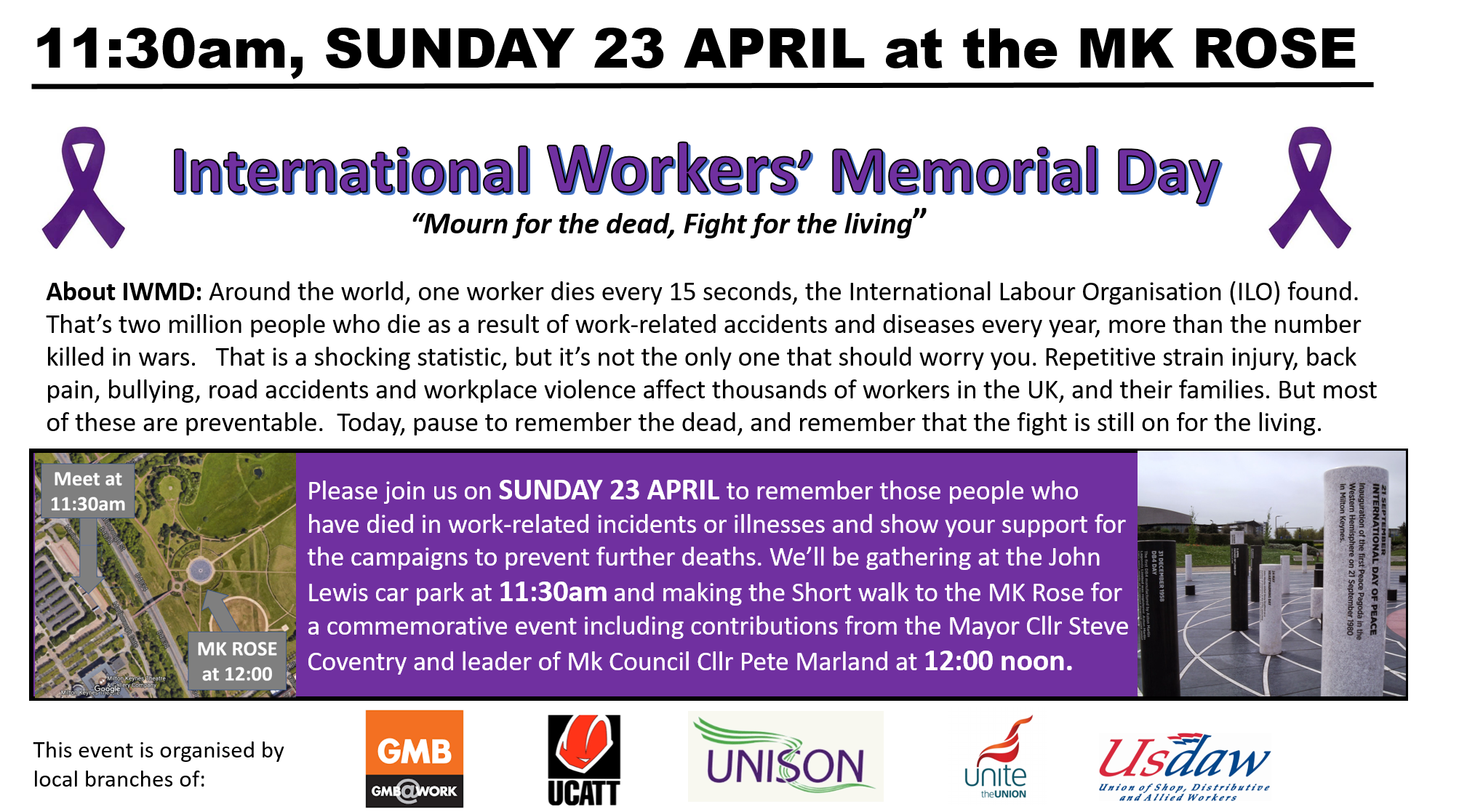