‘Set us free’ to invest in new homes 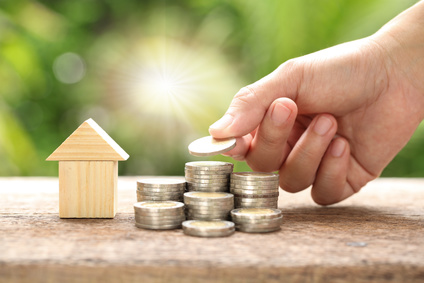 A majority on MK Council are set to back removal of the cap on new council homes, as local Tory MPs back government housing ministers’ restriction on investment.

On Wednesday 22 March, at the Milton Keynes Full Council, a majority of councillors are expected to support a position of calling on Government to allow councils to invest in new council housing. This means the removal of the government’s restriction on investment in new homes that currently exists.

The council’s housing account, called the Housing Revenue Account (HRA), has a turnover of £55 million. It made a surplus of £5.6 million last year, after contributing £12.5 million to new housing investment. It could invest a lot more, but for the Tory government cap on the council’s freedom to invest in much needed affordable homes for local people.

Labour-led Milton Keynes Council is looking at a wide range of ways of investing in new homes. Last week Cllr Nigel Long, Cabinet member for Adult Social Care and Housing, visited Brighton and Hove Council. Like Milton Keynes Council, they are exploring a range of ways to invest in new homes. They also require developers to provide 40% affordable housing, and to link rents to the National Living Wage. They are also arguing strongly that they should be free to invest.

“Labour-led Milton Keynes is committed to securing a large number of council houses, both for sale and for rent. We aim to do this through a range of measures. But direct provision through the HRA is the most secure and most financially sound way to build or acquire new homes. Like other councils, and the Local Government Association, we believe Government must ‘set us free to build’. That means removing the cap on local investment.”

On Wednesday the Milton Keynes Full Council will be asked to support the removal of the cap on investment. This is not supported by local Tories. Hopefully they will come to their senses by Wednesday.

“I am sorry that the Housing Minister is not listening to councils from across the country. I am also sad, but not surprised, that the two local Tory MPs are backing the government cap on investment in new homes. However, I am very surprised that the local Tory councillors look set to support the cap on investment. We are offering them an opportunity to change their minds, if they support our proposal on Wednesday evening.”

“The Labour-led council wants to see a massive expansion in truly affordable housing both for sale and for rent. We need a range of ways to do this. That is why I went to Brighton last week to review options. They are delivering some great new housing. We must be free to borrow against the rental stream and asset base of the HRA. This is why the Tories must remove the limit on our ability to invest.”