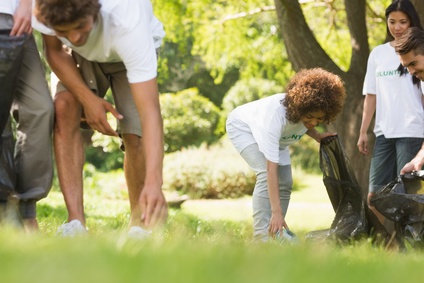 Litter is a big problem across Milton Keynes. Loughton and Shenley Councillor Zoe Nolan believes it is wrong for us to only depend on the council to clean up areas after litter has been dropped. We need to change peoples’ approach. We need to persuade people to stop dropping litter.

Cllr Nolan, who is the Cabinet Member for Children and Young People, said,

“I have been able to donate £800 of my ward grant to help the cleaning up of the local area I represent, particularly in picking up litter. The scheme is being run by Shenley Church End Parish, where they are engaging volunteers and community groups to pick up litter in the area.”

“It is great that Brownies and other community groups are given the loan of equipment, and also given a small financial contribution to their group funds. The idea is to clean up, bring the problems caused by litter to the attention of a wider group, and reduce litter and future litter problems.”

“Zoe is right. We need to change peoples’ behaviour. Funding is so tight, due to Government cuts, that we have had to find £400,000 from savings to stop the refuse collection service going to twice monthly, like many Councils have done. If we could stop people littering our community, the council could reduce its costs and communities would benefit from being cleaner.”

“I was pleased to use £800 pounds of my ward budget to support groups at the forefront of tackling the local litter problem. They have my total support and praise. Let’s work together keep local areas litter free.”