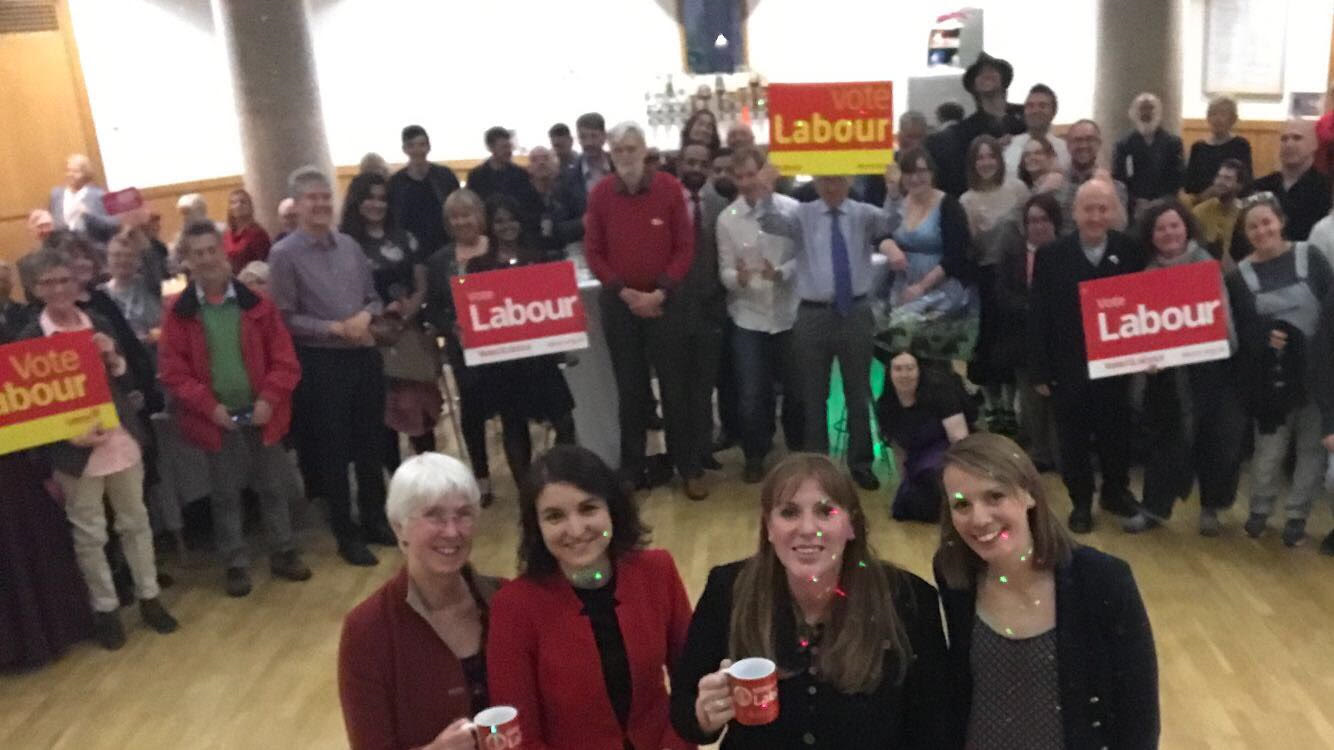 Stronger than ever.  Milton Keynes Labour Party celebrated its 100 birthday, last Saturday (7 May) with a big party and guest speakers. Labour continues to lead Milton Keynes Council and its membership is over 1,500 local people.

Milton Keynes Labour Party celebrated its 100 birthday, last Saturday (6 May) with a big party and guest speakers. Labour continues to lead Milton Keynes Council and its membership is over 1,500 local people.

Founded at a meeting in Wolverton 1917, and part of the community ever since a history of the local party is currently being documented by local historic society the Living Archive.

She highlighted Labour’s commitment to valuing every resident of the new city and the need for a Government that serves the many not the few.

The party was also attended by former Member of Parliament Dr Phyllis Starkey. She served the city for 13 years and did so much to improve the hospital.

Milton Keynes Party chair Paul Day said, “We had a terrific evening celebrating thousands of people’s contributions to our community over the last 100 years.  It was great to have our former MP Phyllis Starkey with us. We also remembered the work of Brian White, who sadly died recently and would have been just 60 on our actual birthday (5 May).”

He added, “We heard a great message of hope from the Shadow Education minister. And we heard from the next generation of Labour MPs: Hannah O’Neill and Charlynne Pullen, both of whom were brought up in Milton Keynes. They’re now making the story of our second century.

Cllr Hannah O’Neill said, “It was a great evening of celebration. I am proud to have grown up and lived in Milton Keynes all my life. I believe we need Labour MPs more than ever and a Government that is serious about the big issues facing us today. We need to tackle the housing and homelessness crisis. We need to protect and improve our hospital in the face of Government cuts.”

Charlynne Pullen concluded, “I was one of the first babies born in Milton Keynes Hospital, grew up in Newport Pagnell and went to local schools. I believe Milton Keynes needs MPs who understand the city and needs of its’ people. We are strong locally, nearly one in every hundred voters is a party member.  100 years on; the need for Labour is greater than ever.

Pictured in the image above are (L to R) Phyliss Starkey, Charlynne Pullen, Angela Rayner and Hannah O’Neill)