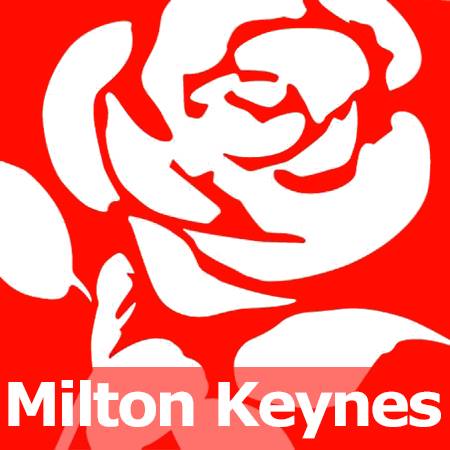 The next generation of Labour MPs for Milton Keynes have challenged the current Conservative MPs to come out of hiding and defend their school cuts. Government Cuts to Schools across Milton Keynes, with the loss of 133 teachers and millions cut from the schools in the most deprived areas of the city and in the rural areas, have been condemned by Labour Parliamentary candidates. Both of Labour’s candidates in the general election went to Milton Keynes Schools, unlike the Tory MPs who voted through the cuts.

Charlynne Pullen, who went to Tickford Park primary school then Ousedale school in Newport Pagnell has expressed deep concern that her old secondary school will lose £375 per pupil and 18 teachers.

She said, “There are 2000 pupils at Ousedale. The school will lose £375 per pupil. That is a loss of £750,000. I am saddened that a popular, high performing school is losing funding because the Government is failing to fund Education properly.”

Charlynne is also deeply concerned that small schools in villages including Sherington, Stoke Goldington, North Crawley, Newton Blosomville and new city schools like Downs Barn and Stanton will also lose funding. She added, “Sherrington, is the worst affected school in Milton Keynes and will lose £2114 per pupil.”

She continued, “No wonder no one has seen sight nor sound of the Two Conservative MPs. They seemed to have disappeared. No doubt they are hiding from the hard questions on the cuts to our local schools.”

Shameless MPs must come out of hiding.

Cllr Hannah O’Neill, the Labour candidate for MK South went to St. Monica’s  Primary school then to St. Pauls. She is deeply concerned at the loss of teachers at Leon School on the Lakes estate (15 teachers) and the MK Academy (12) both in the poorest areas of the city. But also very concerned about a loss of teachers on the expanding west flank at Denbigh, Hazeley and  Shenley Brook End (30). The cuts are also hitting the 10 schools with the highest number of pupils getting free school meals.

Cllr O’Neill has challenged the Two Tory MPs for Milton Keynes to debate the cuts to school budgets locally. Cllr O’Neill said, “I challenge the two Conservative MPs for Milton Keynes to  come out of hiding and debate their cuts to our schools with an audience of parents and School Heads. Both Tory MPs voted for these cuts. They should stop hiding and debate them. I have a feeling they are too shameless to justify their cuts.”

Note: Education Trade Unions have launched a website which provides information about your local schools: https://www.schoolcuts.org.uk/