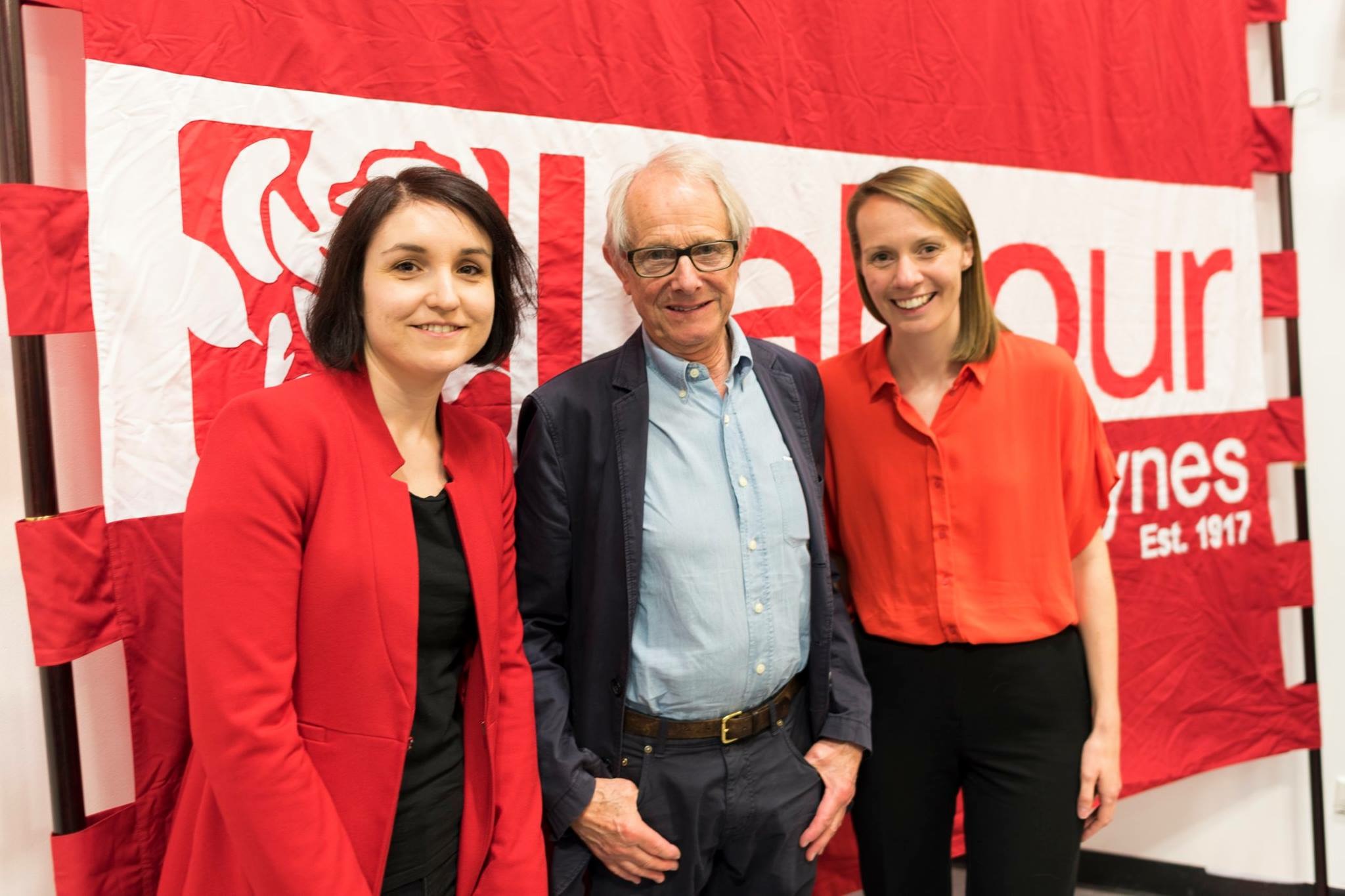 Renowned director, Ken Loach (1), came to MK to support our parliamentary candidates Charlynne Pullen and Hannah O’Neill with a special screening of his Palme D’Or winning (2) film, “I, Daniel Blake” that offers a glimpse into the heart-breaking realities of austerity Britain.

The event, organised by Milton Keynes Labour Party was held at Shenley Brook End School (3) on Thursday 1st June with a audience of 450 that gave the Director a standing ovation after the showing.

Loach’s film is a powerful indictment of Britain’s benefits system and looks set to attract a full house at the school’s 430 capacity theatre just a week before the general election.

The drama tells the story of a joiner from Newcastle, Daniel Blake, and his first experiences of the welfare state following a heart attack. A widower who has fallen on hard times Daniel has his benefits stopped; despite being signed off of work.

The film draws on the real-life experiences of austerity Britain and staff from the Department of Work and Pensions are thanked in the credits for their assistance in researching for the film. Everything shown is taken from the experiences of real people. 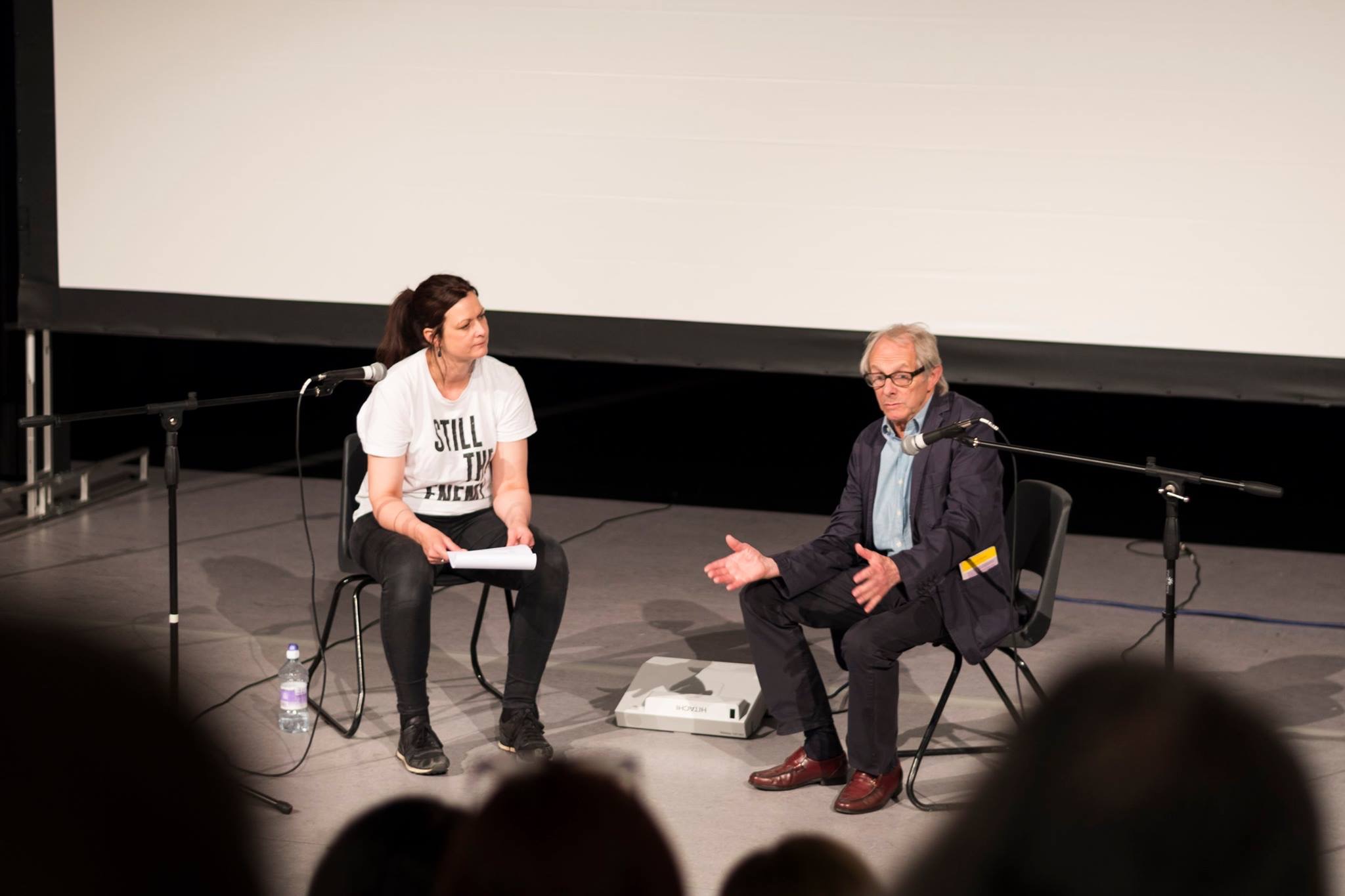 After the film Ken Loach participated in a question and answer session with the audience who also heard from MK Labour Party’s parliamentary candidates, Charlynne Pullen (MK North) and Hannah O’Neil (MK South).

Before the event Cllr Hannah O’Neill, Labour Parliamentary candidate for Milton Keynes South said, “I am looking forward to meeting Ken Loach because he has raised in this film, the crucial issues of how badly society treats people within the welfare benefits system.“