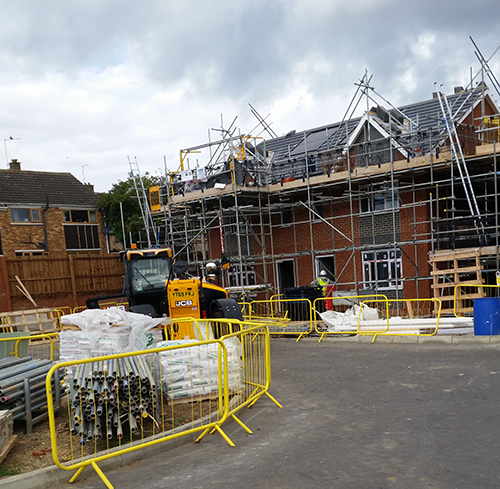 … but the government cap stops investment. Milton Keynes Council is building two bedroom council houses and bungalows on three sites in West Bletchley. The properties are moving close to completion.

This is good news. However, as of Friday 4th August, there were 763 families with 1,279 children in temporary accommodation. It is blindingly obvious that hundreds more new council houses are needed.

But here is the rub! The Councils Housing Account has a surplus. There are also reserves, and an asset base of over £100 million pounds, in addition to an annual rent stream of over £50 million. However, the government will not allow the council to borrow to invest.

Council Leader Cllr Pete Marland said, “We could do so much more to end the housing and homelessness crisis in Milton Keynes. All the government has to do is allow us to borrow against our assets, or against the annual rent stream of £50 million. We have pleaded with the Housing Minister and the two Tory MPs for Milton Keynes to free us to invest. They do not support any change.”

Cabinet Member for Adult Social Care and Housing, Cllr Nigel Long, added, “What sort of society forces families with hundreds of children into temporary accommodation, often a single room with a shared kitchen? The winners here are the private landlords, who make millions out of the homeless. Why won’t the government simply allow us to invest? It is ideology gone mad. They need to rethink.”

Cllr Marland concluded, “We have asked John Healey MP, Shadow Housing Minister, to raise the matter in Parliament. Clearly we cannot rely on the local MPs to help us end the housing and homelessness crisis locally. They are part of the problem.”