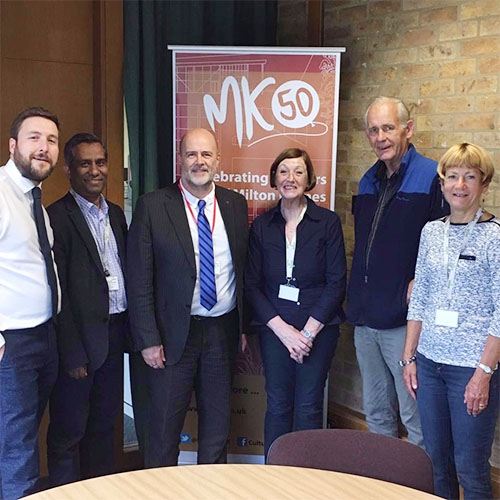 Until we actually leave the EU, Milton Keynes still has 10 MEPs. Between them, they cover the whole of South East England. One of of our MEPs is Labour’s John Howarth, who recently visited Milton Keynes.

John succeeded Anneliese Dodds in June this year, becoming Member of the European Parliament (MEP) for South East England. Anneliese held the post from 2014 until 2017, before being elected MP for Oxford East in the 2017 General Election.

Our new MEP has been involved with the Labour Party since 1974. As a student, he was the National Secretary of Labour Students. Since that time, he has had an impressive career in politics.

John is working towards

“I want to see a fair deal for the UK and a future that delivers the same benefits we enjoy as members of the European Union.

This was the promise made by those who campaigned for a ‘leave’ vote in the referendum and by Theresa May’s Conservative Government. They must be held to account on that promise.”