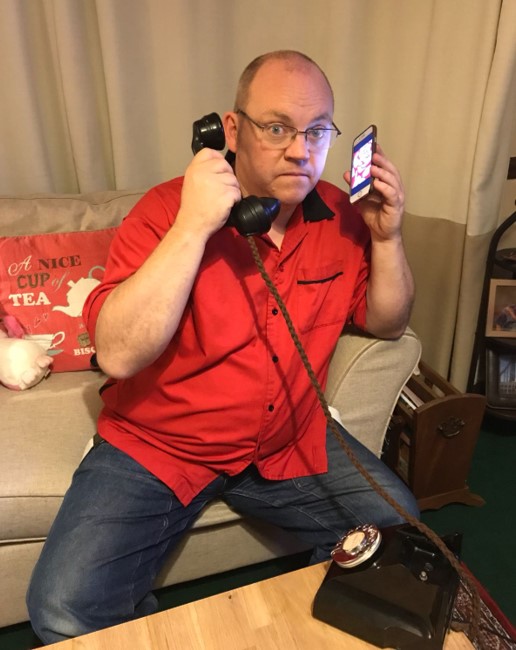 Newport Pagnell Town Councillor Paul Day is highlighting the positive use of social media to tackle shared issues, after residents of his local area have come together to get action on poor mobile phone service.

Many users of mobile phones in the Tickford End of Newport Pagnell have been unable to use their mobile phones at home for the last few months but could not get O2, the company that provides the network, to take action.

Connectivity has been so bad that calls were disconnecting after a few seconds, or minutes at most, so residents have had to revert to using their landlines or making calls away from home.

Though many raised the issues with the company’s customer service department, no action was taken and each customer was led to believe that they were an isolated case, that the problem could be their handset and that there was no problem with the network.

However, the strong community spirit of Newport Pagnell residents is increasingly on line too through a number of groups and applications that allow residents of an area to discuss any local issue.  These discussions revealed that in fact the issues were being experienced by many residents suggesting there was a network problem

Cllr Day said, “We hear a lot about the risks and problems of the internet, but this is a great example of a positive use of the web.  Companies like O2 should take customer complaints seriously in the first place, after all they are happy to take payment for services, however if they deny there is a problem with their service it’s difficult for an individual customer to know how big the issue is and how to challenge the company”

Through chats on the “Newport Pagnell “General Chit Chat” Group on Facebook, through the local network application “Next Door” and by talking to neighbours in person Councillor Day learned that the issue he was experiencing was also being experienced by many others.

He concluded, “When I realised that the issue was shared across the community, I used my own Twitter and Facebook accounts to tag O2 and some of Milton Keynes’ media so that they could see we wouldn’t accept our complaints being dismissed.  I have to say a big thank you to MKFM who were the first of the local media to contact O2 on our behalf too.

I was pleased that after the extra pressure O2 finally acknowledged there was a problem and took some action.  Some neighbours are already reporting that service is now better, but I cannot yet be sure it is entirely fixed.  I’d encourage anyone in Newport Pagnell still experiencing connection problems with O2 network to continue to tag them in Facebook posts that explain the problem.  O2 can be tagged as “@O2uk”.

If they tag me too I’ll be able to see if the issue continues to affect local residents.  Paul can be tagged on Facebook as “@PaulDayMK”