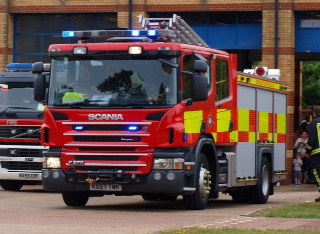 Milton Keynes Labour Councillors have branded Conservative members of the Tory-controlled Buckinghamshire Fire Authority as incompetent after news emerged that more cuts to firefighters and stations could be on the way.

The Fire Authority has been forced to write a grovelling letter to the Home Office asking for the ability to double the amount it can increase council tax by next year, using the low levels of tax it currently collects as an excuse. However Labour Councillors have pointed out that only two years ago the Conservative Fire Authority CUT council tax, against the wishes of their own senior management.

Now, after a hotly fought decision to close Great Holm and Bletchley Fire Stations in MK, the Tory dominated body has been warned by senior management that unless council tax is increased, more stations and firefighters are at risk of cuts across MK and Bucks.

Shocking figures show that since 2010 the number of firefighters in the area has dropped by a third, from just over 500 to just over 300, while the same time a long term reduction in the number of fires and incidents has shown signs of being put in reverse.

Labour councillors are now campaigning to stop any further cuts, increase the number of firefighters and end the pay freeze for existing firefighters.

“The shocking incompetence and arrogance of the Tory-controlled fire authority is amazing. Two years ago they played political games and cut their precept against the wishes of their senior managers. Now they are begging the Home Office to let them put up council tax to stop more cuts.”

“Labour has fought cuts to our fire service and always warned about the dangers of the cuts being imposed on MK fire capacity, and we can’t allow more to happen. We’ve got nearly 200 fewer firefighters today than in 2010 across the authority and it’s no surprise to me that cutting fire fighters and closing stations is linked to the end of the long term downward trend in fire incidents. We want more firefighters being paid a fair wage, not more cuts and station closures.“

“The Conservative controlled fire authority is a shambles, they’ve cut and cut with a smile on their face. They banged desks and cheered when they voted to close Great Holm and Bletchley fire stations. Now reality is biting. We say no more cuts to firefighters and risking the safety of people in MK!