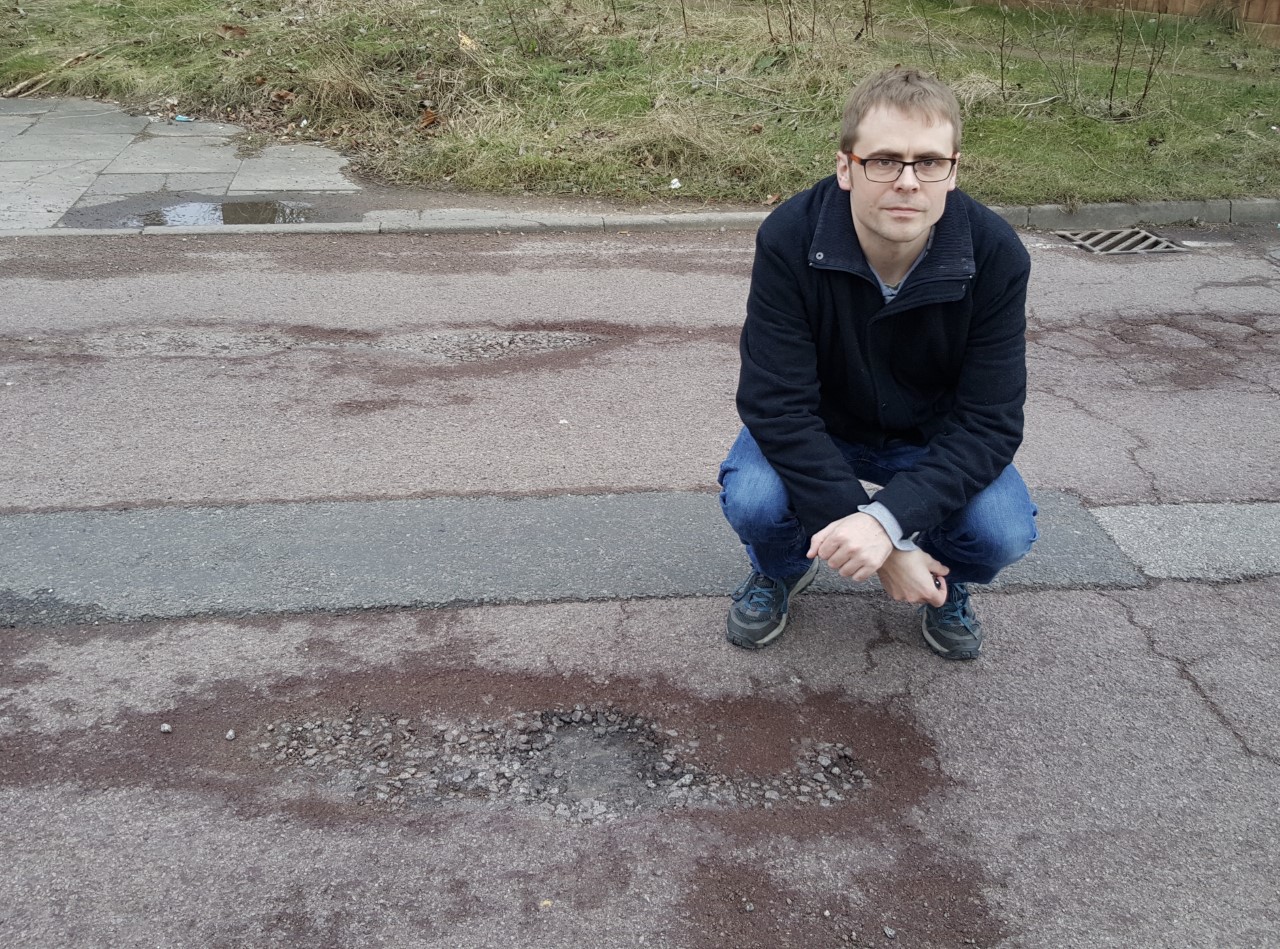 MK Council’s Labour Cabinet announced tonight (6 March) an immediate £200,000 to fix over 5000 potholes in the next few months, using new technology to more than double the number of potholes the council fixes.

In 2017 MK Council fixed nearly 3500 potholes, up from 3000 the year before. The immediate extra £200,000 in cash will be used by the council to bring a brand new, state of the art, “turbo filler” repair machine to MK for a two month period.

The new “turbo filler” spray injection patching machine can reduce the cost of repairing a pothole by up to 40% whilst taking approximately half the time of a conventional repair. This will allow around 5000 extra repairs to take place by the end of May.

MK Council is investing £50m in a long term road resurfacing programme, which means that overall the Department for Transport ranks Milton Keynes roads as “good,” however at this evenings Cabinet, Cllr Martin Gowans, the councillor responsible for highways, said that the wet weather over winter followed by the recent cold and snow, has increased the number of potholes that need immediate repair..

The Cabinet also agreed the test a new repair system where rather than simply fixing one deep pothole, whole “clusters” will be fixed regardless of depth to save money in the long term and improve the road surface, and shift more cash to repairing redways and pavements.

The extra cash will be funded by small amounts of underspent budgets and will not impact other services.

Cllr Martin Gowans, Cabinet Member for Highways said: “Our roads have taken a battering over the winter with heavy rainfall levels, and more recently the snow and freezing temperatures. Anyone who drives can see this has led to more potholes on the roads, especially in older areas like Bletchley and Wolverton but all over the city. We are making funding available immediately to fix more potholes.“

Cllr Gowans continued: “In general our road condition is good after our long term investment in resurfacing and increased pothole repair levels, and anyone who has recently driven in the rest of Buckinghamshire or in Northamptonshire will know their underinvestment shows, but by using this £200k of extra cash to bring the new “turbo filler” to MK we can more than double the number of potholes we fix to around 5000 extra potholes in just a few months, helping put right issues caused by the bad weather, and carry on fixing more potholes year on year.“

Cllr Peter Marland, Leader of MK Council added: “I’m pleased that we could announce this extra spending on such a major current issue at Cabinet. We’ve only been able to do this by ensuring we have balanced the books and brought in spending under budget. Strong, competent financial management means we can react quickly to issues like a spell of really bad weather causing more potholes, and listen to residents. Contrast that with what is going on in Tory-run Northamptonshire and the general state of roads outside MK.“

Cllr Gowans concluded: “If anyone needs to report a pothole, they can do so on-line at the MK Council website. We have limited resources, so we’ll never be able to fix every pothole, but by getting the basics right we can repair as many as possible, and this extra cash will go a long way to repairing the damage caused by the recent bad weather even more quickly“