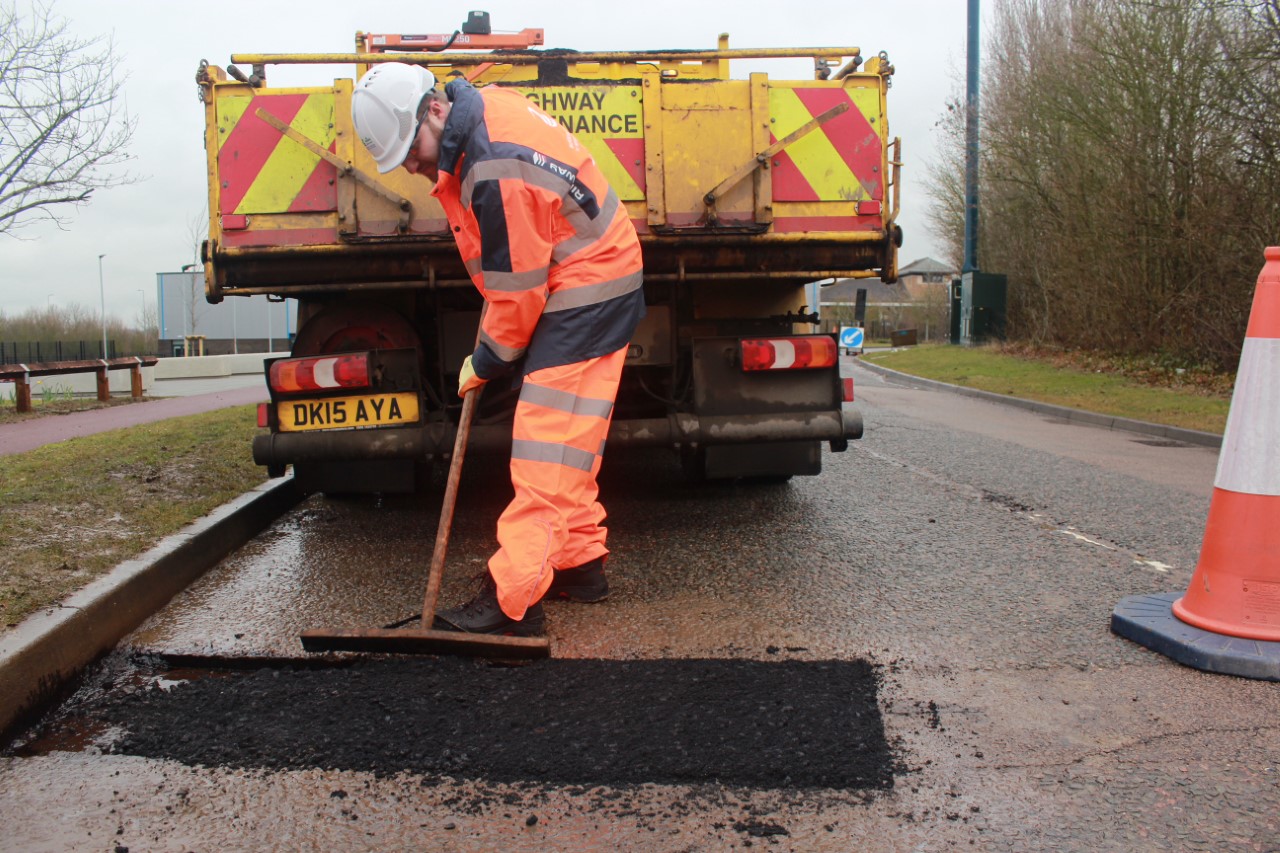 Cllr Peter Marland, Labour Leader of MK Council, has been out with the MK Council Highways Team fixing potholes, and to see for himself how the work is done.

The Labour-led council has recently invested an extra £200k into pothole repairs, which will fund 5000 extra repairs before the end of May. Pete wanted to see how the money will be spent for himself, however he got more than he bargained for when contractor Ringway offered him a hard hat for the morning, and Pete couldn’t say “No!”

Cllr Marland helped fill a pothole on the Kents Hill estate, just one of hundreds being fixed across MK every week, by breaking up and removing the old road surface then filling in the pothole with new road surface and finishing the job by compacting the new tarmac.

Cllr Marland said: “I’m a resident of MK and I know that the wet winter and recent cold weather has damaged the roads, and we’ve found money to make sure we are putting that right, so I wanted to get out here and see for myself the work colleagues do fixing potholes, day in, day out.“ 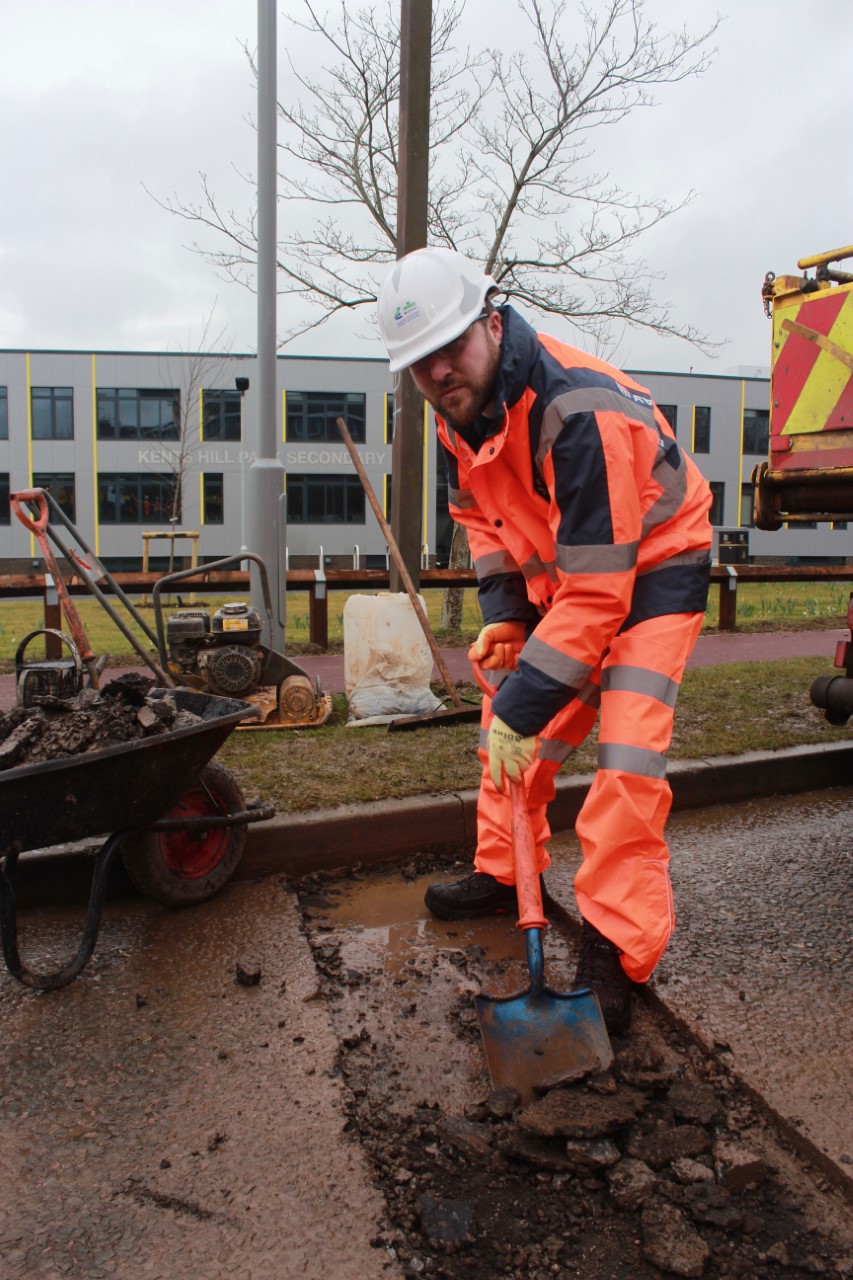 Cllr Marland continued: “It was really hard and hot work. Our partner Ringway has recently invested in a new machine to transport and keep hot materials by the roadside, so repairs can be done more quickly and will last longer, but that doesn’t mean it still isn’t tough physical work. I’m really grateful to all the work our colleagues at both Ringway and MK Council put into fixing our roads. I hear lots of people always saying how MK Council doesn’t fix the roads, but we have been making the investment and we are now doing even more, and these colleagues do put a real shift in, all hours of the day and night.“ 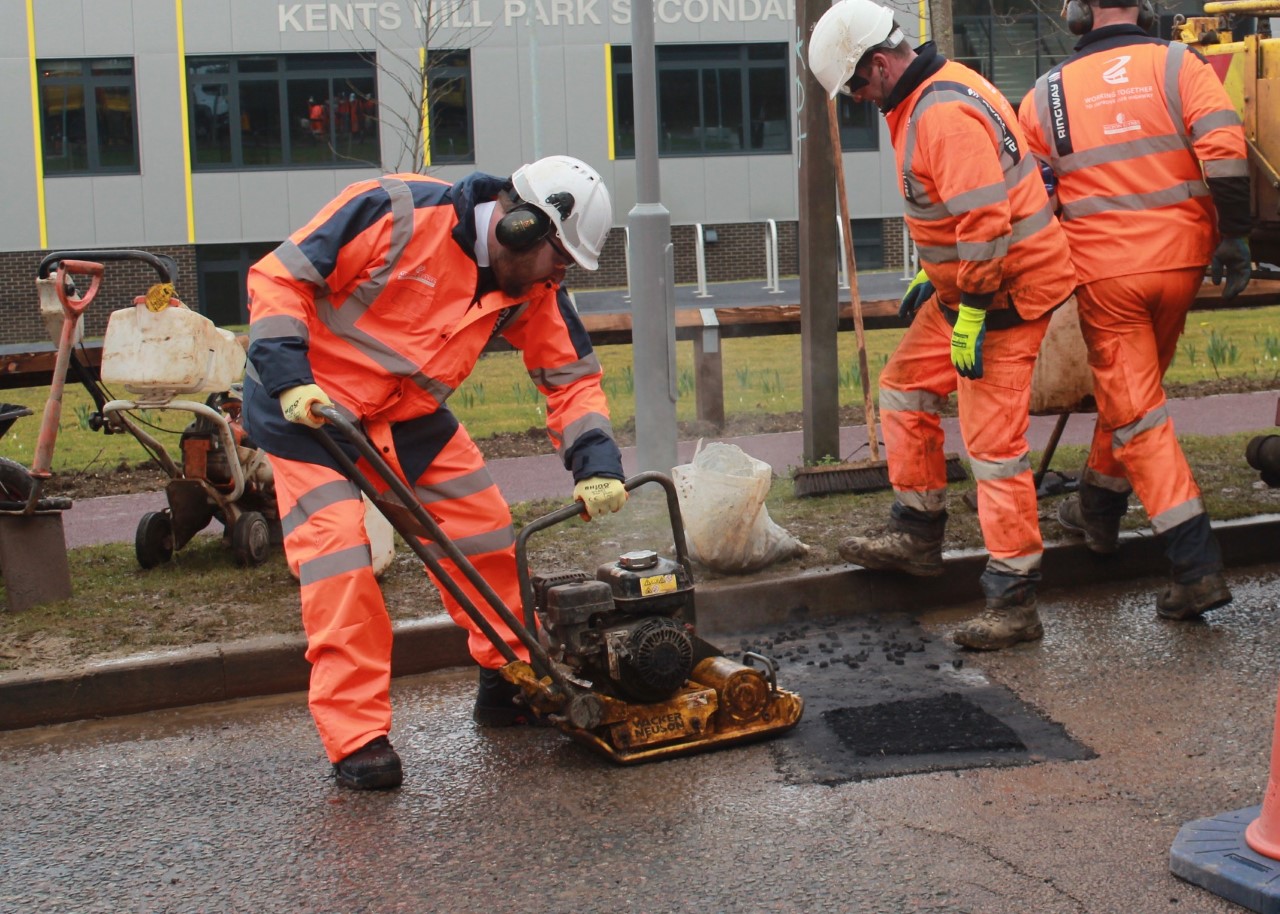 Cllr Marland concluded: “The extra £200k we’ve recently invested in highway repairs will mean we can bring even more new technology, a turbo filler, to MK and fix even more potholes in the coming months. We’ll never please everyone, but we can strive to really get the basics right for the people of MK.“