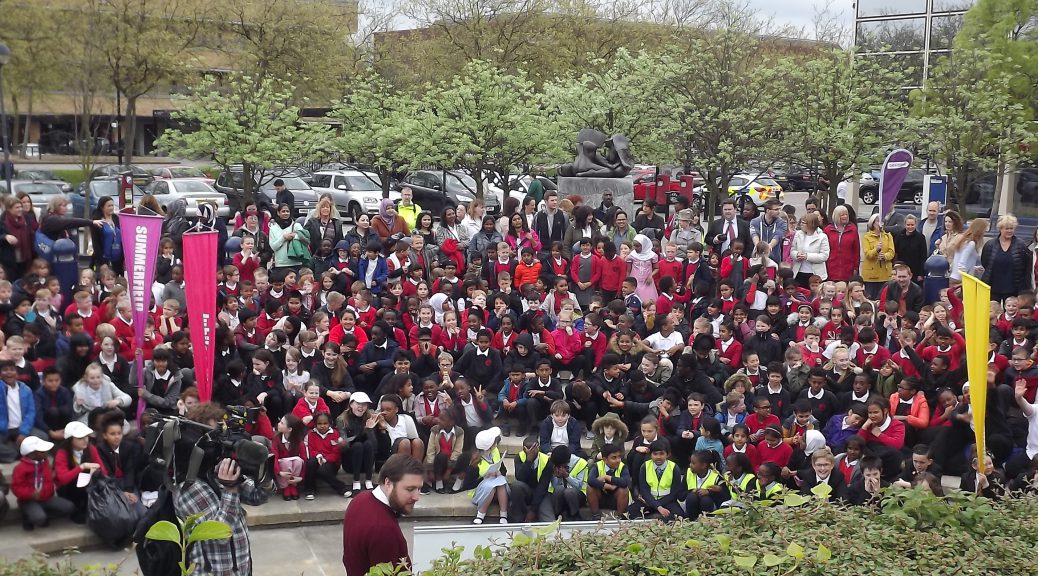 MK Labour is promising to crack down on litter and clean up MK streets, after being inspired by the MK school pupils.

MK Labour is promising to crack down on litter and clean up MK streets, after being inspired by the MK school pupils. In their “Making a Great City Greater,” manifesto Labour have committed maintaining street cleaning services, reducing single use plastics, and a crackdown on littering:

MK Labour has also pledged a “deep clean” for Milton Keynes, which could include litter picking, street cleaning and cutting back bushes and trees, based on a campaign organised by school children.

Supported by Citizens:MK, the community organising group, school children petitioned MK Council Leader Pete Marland to improve redways asking for 50 improvements. However rather than simply asking for things to be done and walking away, the schools pledged that if the council took the first steps in doing the clean-up, they would continue to maintain the areas concerned. The schools asked for 50 redway improvements including litter picking, bush cutting and improved lighting, but Labour-led MK Council has now promised over 130 improvements.

Now MK Labour have promised to roll the “deep clean,” out to any parish council, community group or residents’ group that wants to improve their community and are willing to then maintain the area more regularly than the council can.

“We know that litter and the upkeep of local communities is really important to people. I am not going to lie or divert from the truth, this is because after £144m of Tory cuts to MK Council maintaining services such as street cleaning has been tough and as the funding has reduced, so has the service. It is the reality of austerity.“

“We have maintained weekly bin collections and that has been important. However, we are now pledging that if we are in charge of the council after May there will be no further cuts the street cleaning service and we will clamp down on those people that drop litter. MK Council sweeps up tonnes of litter each year, it’s time we tackled the people who put it there.“

“But we’ve been inspired by our local young people and schools. Yes, they have asked the council to clean up their area, but they’ve also said if that happened, they’d be able to maintain it more often than the council now can. It is a win-win. And we know there are many more local groups who already do similar things like organise local litter picking.“

“MK Labour are therefore promising a “deep clean,” for MK. We’ll get MK Council to tidy up an area, have a blitz on litter, cut back bushes and streets and the rest if a parish council, community group, school or residents” group agrees to look after that area on a more regular basis than the council now can, working together to make a great city greater.“