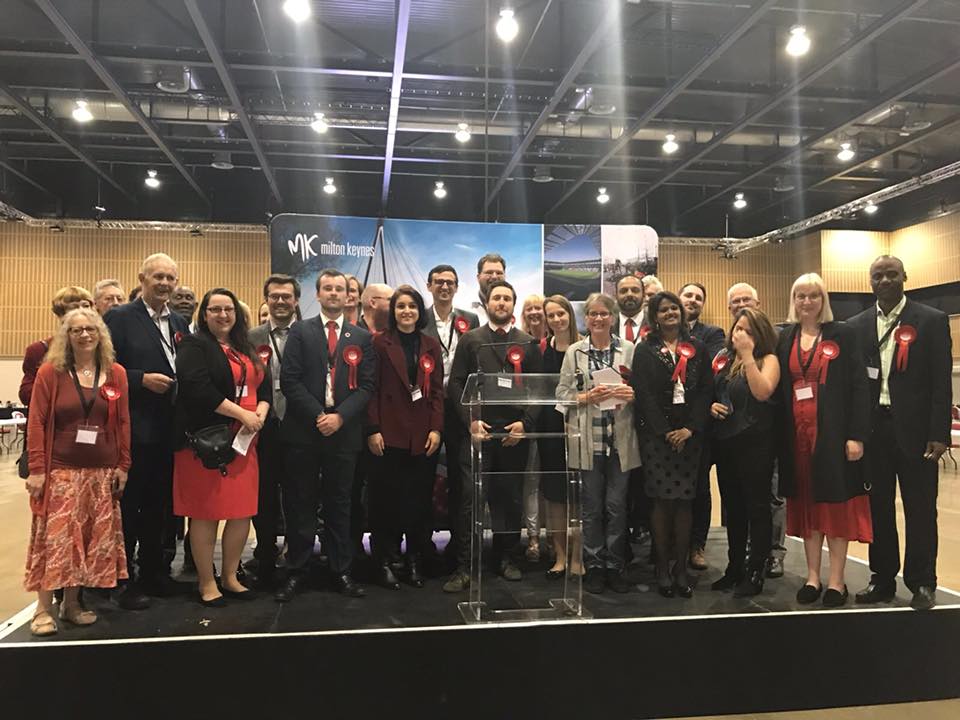 The 2018 Local Elections ended with Labour winning in 8 wards, the Conservatives in 6 and the Liberal Democrats in 5.  The council remains in no overall control.

Highlights for Labour’s team included record results in most wards, ending the Conservative monopoly on one area and a significant improvement to the gender balance of the Labour Group on MK Council 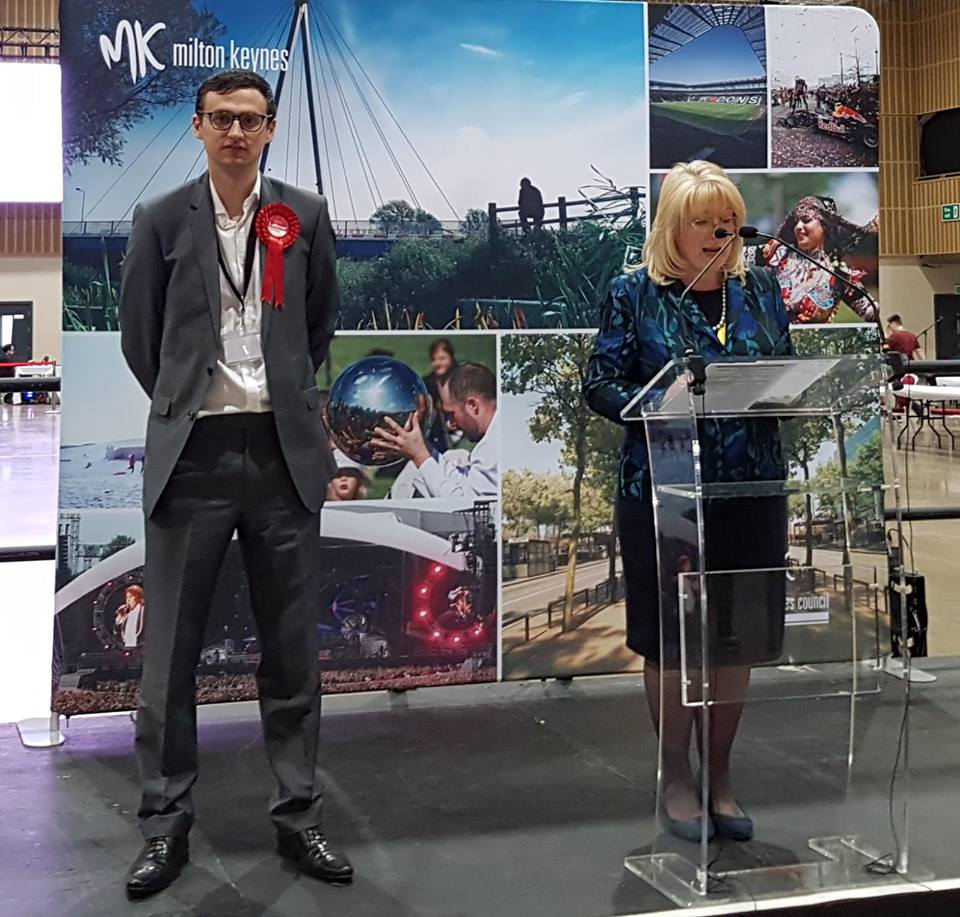 In a historic result Anthony Brown (pictured) secured a 6.4% swing to Labour and won in Tattenhoe.  The parish councillor and local secondary school teacher was second in the same ward two years ago and showed the philosophy of “if at first you don’t succeed, try, try again” works in politics. Until this week the ward was considered a safe Conservative seat as only they had won seats there since the ward was created in 2014.

Milton Keynes Labour Party Chair, Paul Day said: “I’m delighted that Anthony has been elected, he will be a fantastic champion for his local community and an asset to the Council. Winning in a so-called ‘safe’ Conservative seat also shows that there are no longer any no-go areas for Labour and that we have support across the community.

Across MK results were mixed with seats moving between the three major parties.  Labour veteran Gladstone McKenzie lost his Bletchley Park seat by just 55 votes, and former Labour MK Councillor Carole Baume was unable to retain the Loughton & Shenley for Labour in her attempt to return to the council.

But overall Labour had a strong show of support across the city putting on almost two thousand additional votes (1,765) and achieving our best ever results in eleven wards.

Mr Day continued: “I’m disappointed that neither Gladstone or Carole were elected this time.  However, I congratulate them and all other Labour candidates and our team of volunteers for the clean, positive campaign we ran.  Winning 8 out of 19 wards shows our manifesto and achievements leading MK Council remain popular with the residents of MK.

He concluded “I’m delighted to congratulate four new Labour representatives, each of them women, on their election to MK Council alongside Anthony and existing Councillors Khan, Legg and Middleton who were each re-elected.

Moriah Priestley, returns to the Council after a gap of three years, Hannah Minns, Shammi Akter and Jenny Marklew are elected for the first time, they will each add value to the Council and to their wards as excellent local representatives.”

As well as doing the best job for the community, as a party we also strive to reflect the population we represent, so I’m proud we now have the highest proportion of women Councillors of any party on MK Council.”