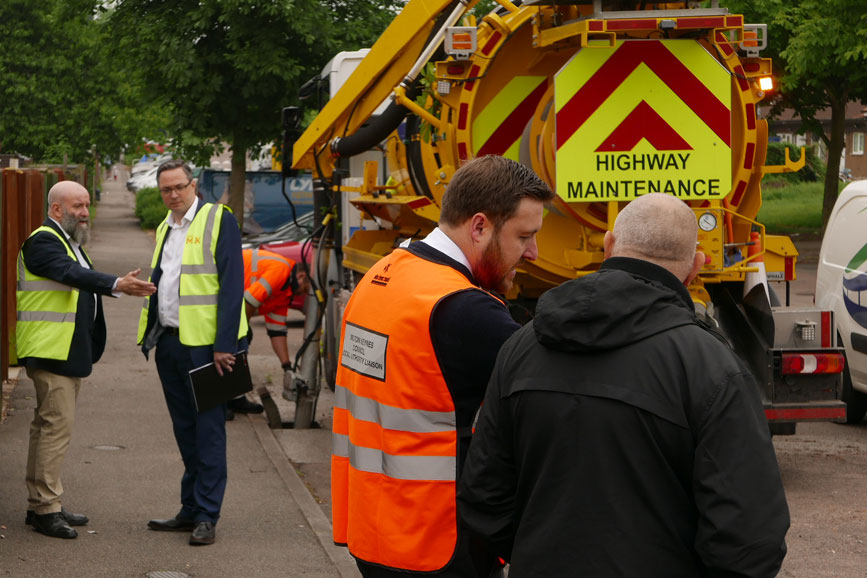 Cllr Peter Marland, Leader of MK Council, has today announced that the council will be providing a hardship fund for those most affected by the recent MK floods.

On Monday several months’ worth of rain fell within a few hours and around 100 homes in Milton Keynes have reported being flooded. Coffee Hall, Beanhill, Netherfield and Oldbrook were the worst affected estates, with some flooding also taking place in Bletchley, Newport Pagnell and Stoke Goldington. Many more properties will have been affected to some degree, but not internally flooded.

Cllr Marland spent Monday and Tuesday in the areas affected talking to residents and listening to stories about how some people have lost all their possessions, including some residents who have lost everything apart from the clothes they stood up in. Many did not have flood insurance.

MK Council have announced they will be making a £100k Hardship Fund available to the worst hit flood victims, and details will be made available over the next few days.

MK Council has opened two flood centres on the worst hit estates, and MK Council staff have been out knocking on doors in affected other areas of Netherfield and Oldbrook. The first priority has been those with flooded properties and dozens of residents have been found temporary accommodation. All residents who have contacted MK Council to report flooding will be called back directly. Clean-up teams are also being deployed across the borough.

The council will be collecting flood damaged items free of charge if contacted, although the public are advised to contact their insurers before disposing of any items.

“Our first priority is the safety and wellbeing of the flood victims whose homes have flooded, arranging temporary accommodation if they haven’t been able to stay in their property, or getting them other help and support.“

“I have been talking to residents and listening to what they have been through. Many have lost everything and have no way of replacing even the most basic things they need. MK Council will therefore be making a hardship fund of £100k available to help those hardest hit by the floods. We will be making details of the scheme available in the coming days.“

“Our MK Council teams have been out assisting people and the local community has been fantastic. People with flooded homes who still need help or advice should contact MK Council on 01908 691691. MK Council will also be collecting flood damaged items for free and people should also contact us for more information.“