Labour councillors, including the Parliamentary Candidate for Milton Keynes South, Hannah O’Neill, showed their support for TGI Fridays’ workers and joined them on the picket line on Friday 8th of June. TGI Fridays, the American-style restaurant chain, faced its fourth Friday of strikes as workers vowed to keep striking in their dispute over tips. 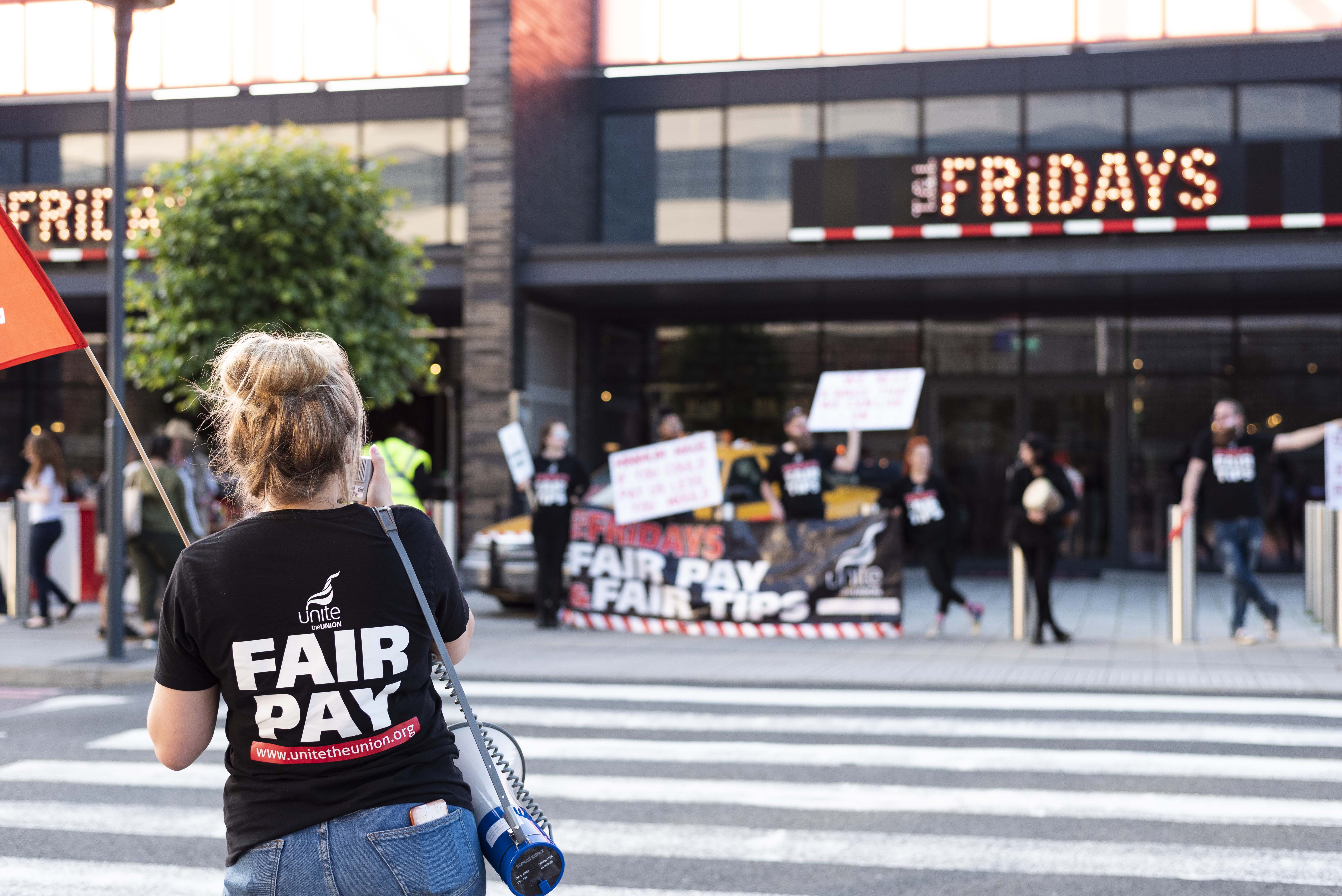 At the heart of the dispute is the company’s decision to remove 40% of tips paid on cards from waiting staff. The move, thought to cost staff up to £250 a month, sees 40% of card tips going to back-of-house employees, including kitchen staff. Unite’s regional officer Dave Turnball said:

“This isn’t about minimum wage servers not wanting to share with their kitchen colleagues. It’s about a company whose shareholders have gotten so greedy that they no longer want to pay their hardworking staff anything above the bare minimum.”

Newly elected Labour councillor Hannah Minns joined the strike at the Milton Keynes site. She says, “I am proud to stand in solidarity with these workers fighting this unfair ruling. TGI Fridays must urgently rethink the move to redirect 40 per cent of card tips from waiting staff to boost the low wages of kitchen staff”. 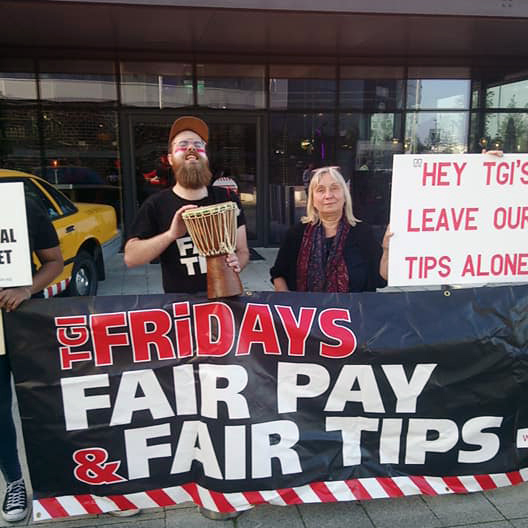 Also in attendance was Deputy Leader of MK Council and parliamentary candidate for MK South Hannah O’Neill. She stated, “It’s important to have been able to get along and support this group of inspiring people on the #AllEyesOnTGIs picket line. I hope the company listen and engage with them”.

On Tuesday 12 June, workers delivered a letter to the business secretary Greg Clark outlining concerns that employers, like TGI Fridays, are continuing to use credit card tips left by customers as a tactic to drive down pay, two years after the government promised action to crackdown on ‘rip off’ tip scams. 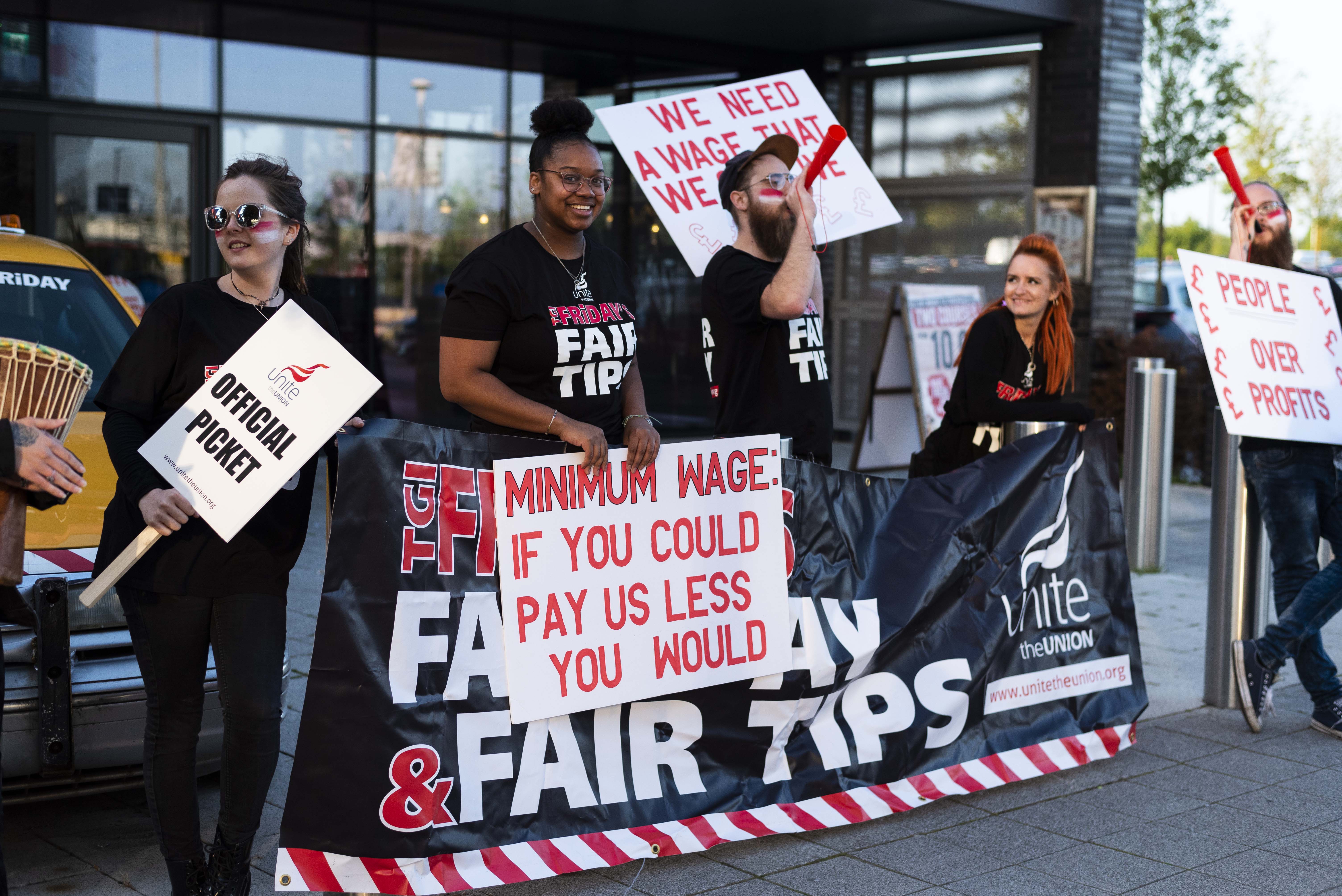 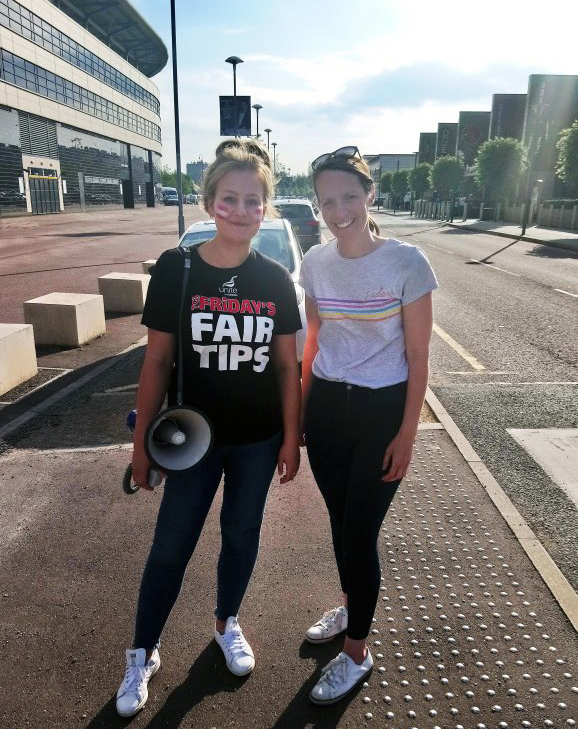