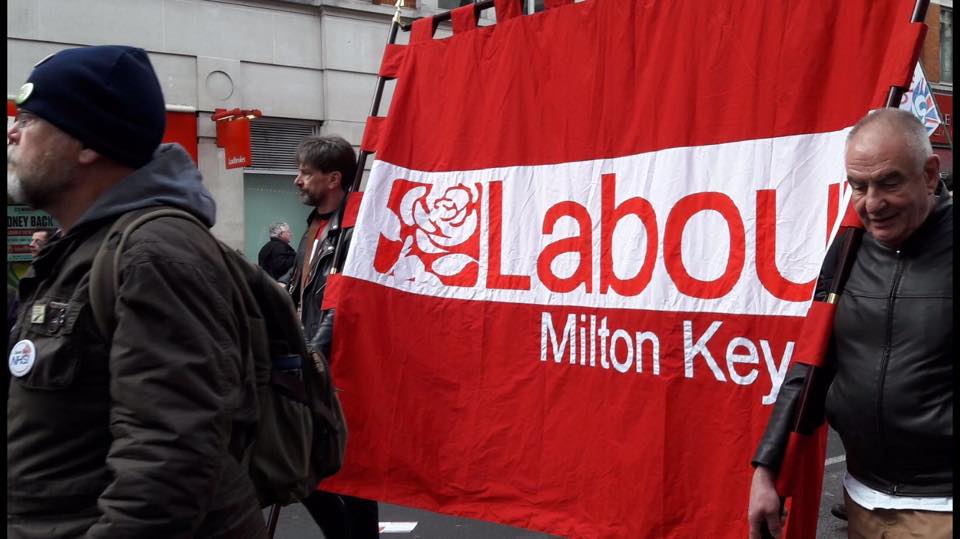 Members of Milton Keynes Labour Party were among tens of thousands of people – including NHS workers, campaigners and union representatives – who marched in London on 4 March 2017 to protest against the government’s deliberate under funding of the health service.

Protesters on the #OurNHS march wanted to draw attention to plans which could see hospital services cut back across the country.

Union leaders who represent NHS workers report that many NHS services “are on their knees” and various patients, visitors and health organisations are concerned about standards of NHS services.

The Conservative government is not giving the NHS funding it needs, and by under funding local government social services too it is adding to the pressures faced in hospital as patients who need care often cannot be discharged. 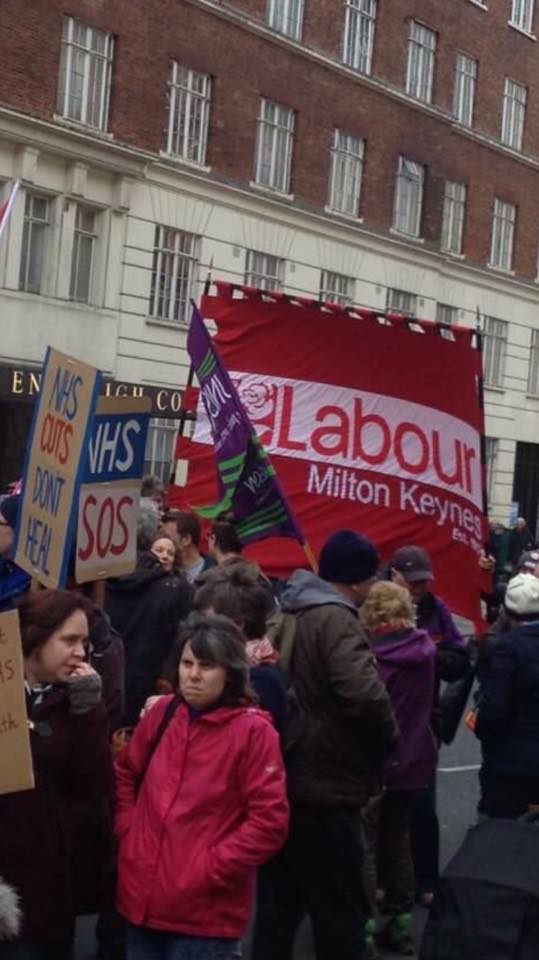 Organisers say that at least 250,000 people took part in the march, which began in Tavistock Square and ended in Westminster, where speakers including Labour leader Jeremy Corbyn addressed the crowd.

You can also read more about our local campaign to defend services at Mk Hospital which are subject to the “STP” review here: http://www.mklabour.org.uk/save_our_nhs